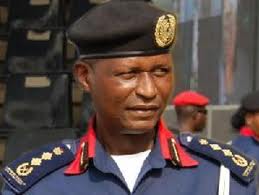 Acting on a tip-off,  operatives of the Nigeria Security and Civil Defence Corps on Wednesday swooped on a fake NYSC Orientation Camp in Nasarawa State and  rounded up 87 fake corps members.

The fake “corpers”, our sources within the NSCDC said, were arrested at Lobito Guest House, Off Shehu Shagari Way, Nasarawa Local Government, Nasarawa State, which they had planned to use as orientation camp.

NSCDC’s spokesperson, Emmanuel  Okeh, told Premium Times exclusively Wednesday night the suspects would be paraded before journalists Thursday after which they would be arraigned in court.

Mr Okeh failed to confirm if officials who set up the fake camp were nabbed as well.