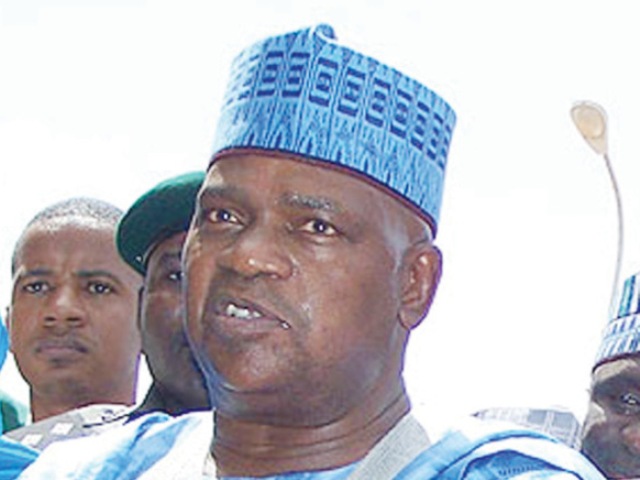 A  Federal High Court sitting in Gombe, today ruled that a former governor of Gombe state who is also a serving Senator, Danjuma Goje, and four others who are being prosecuted by the Economic and Financial Crimes Commission (EFCC) over offences bordering on conspiracy and money laundering, have a case to answer. The court also ruled that the EFCC has powers to prosecute the accused persons based on the Act that set up the anti-graft agency.

The former governor and four accused persons, who are being prosecuted before Justice Olaide Quadri, had filed two motions on notice seeking to quash the 18 count charges brought against them by the Commission.  They argued through their counsels that the EFCC lacked competence to investigate and prosecute them. They also contended that the court lacked jurisdiction to try them in respect of the charges and that the counts did not disclose any prima facie case against the accused persons.

It would be recalled that in December 2011, both the prosecution and defence counsels had argued their positions. Defence Counsel, Adeniyi Akintola, SAN, argued that the charges as constituted and filed by the Commission before the court were dead on arrival. He noted that the 1st accused person, Danjuma Goje, in counts 1 and 7 of the charges, which bordered on conspiracy, was portrayed to have conspired with himself, a fact he claimed was not possible from the point of law.   He further argued that the charges were predicated on a non – existing law, the Money Laundering Act 2004, which according to him has been repealed by section 21 of the 2011 Money Laundering Act. He said that the use of the phrase ‘as amended, modified and retained’ in the charges was wrong, as the 2004 Act had been out rightly repealed. He also argued that sections 16, 17, 18, and 19 are not applicable to the accused persons who in his opinion did not commit any offence.   Arguing further, Mr. Akintola said that the Governor, for instance, was given executive powers by the constitution to act ‘executively, by fiat, even in the award of contracts or appropriation without responding to anybody’. He claimed that the charges were based on anonymous fictitious petitions, referring to the complaints as ‘beer parlour gossip’.

He went further to state that even if the management and allocation by the executive needed any inquiry, the State House of Assembly was constitutionally empowered to do so.     Prosecution Counsel, Wahab Shittu, on the contrary, vehemently opposed submissions by the defence that the court should quash the charges against the accused persons. He queried what the defence was asking the court to do.

“Is it to foreclose the trial process in spite of the presumption of innocence until proven otherwise? Is it asking the court not to test the evidence (oral and documentary), the veracity, demeanor, accuracy, or credibility of witnesses before the court? Is defence asking the court not to listen to the 23 or more witnesses and 14 witness statements that are ready for the trial? Will the court not allow trial to take place when the accused persons have explanations to make,” he said. He urged the court to disregard the submissions made by defence.   Justice Quadri, in his ruling today, upheld the positions of prosecution as he quoted copiously from several authorities and references to support his judgment. He maintained that the EFCC had powers to prosecute the accused persons based on the Act setting it up. The Judge also said that the Court has jurisdiction to hear the case, and that a prima facie case has been established against the accused persons, therefore they must be made to go through trial processes.

He thereafter, adjourned the case to May 8th and 9th, 2012, for accelerated trial.