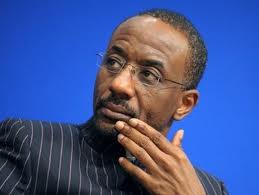 CBN governor, Lamido Sanusi , told reporters at the end of the meeting, which also reviewed economic developments in both international and the domestic markets, that the domestic economy witnessed a resurgence of inflationary pressure starting in January after it had moderated towards the end of 2011.

He said the committee noted that the underlying inflationary pressure from supply shocks would have been more severe had there been no mitigating factors on the demand side, pointing out that in an increasingly benign global environment, it was imperative to ensure that the growth in the economy is sustained.

Specifically, the governor said the committee noted the relative stability in the foreign exchange market as well as the modest accretion to external reserves during the period under review.

“In view of the poor accretion to reserves in 2011, and the need to continue to build buffers for the economy in an uncertain environment, the committee strongly endorsed the stance of the bank to focus on building reserves, defending the stability of the currency and providing conditions that are conducive to the flow of Foreign Direct Investment,” the governor said.

He said the committee expressed satisfaction with the introduction of some fiscal and structural measures that could improve the revenue base of the government as well as enhance the capacity of the domestic economy to improve the value chain in the production process.

Underlining the importance of both monetary and fiscal authorities to coordinate measures that would moderate the increase in the general level of domestic prices in the short to medium term, the apex bank governor said the committee raised concerns about the rising level of domestic debts and its sustainability, adding that this would have negative impact on domestic interest rates and the flow of credit to the core private sector among others.

In the light of the situation and considering the clear impact of previous tightening of the rate of inflation and the exchange rates up to February 2012, he said the MPC committee unanimously retained the MPR at 12 per cent, with interest rate corridor of plus or minus 200 basis points.

It also retained the Cash Reserves Requirement (CRR) at 8 per cent as well as Minimum Liquidity Ratio (MLR) at 30 per cent.

In arriving at the decision, the CBN governor said the committee was faced with a choice between a moderation in headline inflation, slow down monetary aggregates and fiscal spending and the crowding out effects of high interest rates.

He said these arguments were rejected on the basis of a number of factors, including persistent underlying core inflationary pressures, the need to continue supporting the Naira firm up as well as build up external reserves.

The other factors were the necessity for attracting and retaining foreign investment and the need for consistency and stability in the macroeconomic environment.