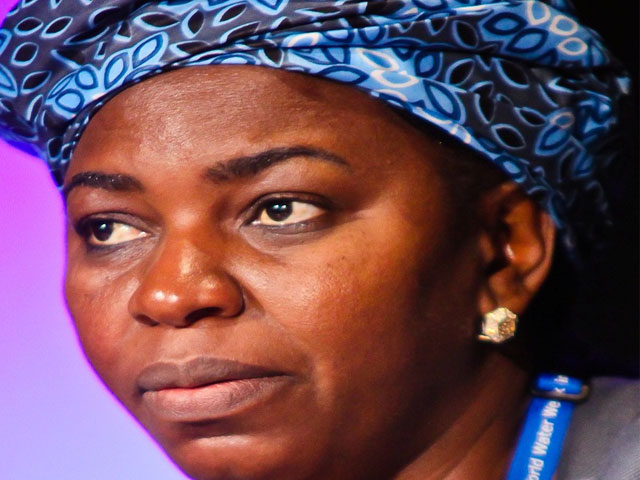 The Minister for Water Resources, Sarah Ochekpe, has said that the states and the local governments have failed in their responsibilities to provide basic amenities to the people.

Mrs. Ochekpe made this remark, Monday, at the launch of the Safe Water for Africa partnership, in Lagos.

“Over the years, all of us as Nigerians have allowed the local government to shy away from their responsibilities so they are not doing what they are supposed to do and that is why the federal government has to come in by way of intervention to begin to sink boreholes in communities,” she added.

The initiative is expected to build 200 water health centres across West Africa which would provide sustainable access to safe drinking water for five million people by 2015, according to the partners.

“We define sustainability as not just opening a facility, we take responsibility to ensure that it is running for, at least, 15 years,” said Sameer Mithal, Chief Development Officer at Water Health International.

“One of the reasons for the partnership is to allow all of us as a group to really make a significant impact,” Mr. Mithal added.

The partners said that the aim is to invest US$20 million into the initiative – part of the funds for the first first round of projects is already with Coca Cola earmarking US$2.5 million; Guinness US$1 million dollars; and TY Danjuma US$250,000.

The first facility is expected to be launched in Abuja next month, five facilities would be running by June, and another five by the end of the year; according to the partners.

Mrs. Ochekpe said that the federal government is ready to offer technical assistance to any group that is involved in providing water or developing infrastructure that will support the provision of water to communities.

“There are 12 River Basins across the country… and in each of these there are technical experts, engineers that are readily available to work with partners like the partners on today’s water for Africa,” she noted.

In his address, Kelvin Balogun, Managing Director of Coca Cola Nigeria Limited, suggested the creation of a national platform for periodic public-private dialogue on the water challenge.

“We realize that no single entity has the capacity to solve the challenges that our communities face and that effective partnerships must be multi-sectoral; encompassing private sector, public sector, communities and development organizations,” said Mr. Balogun.

“The link between water and food security and, by extension, economic development and national security is real and must not be underestimated,” Mr. Balogun added.

Clement Ugorji, Communications Director at Coca Cola Nigeria Limited, said that they hope to “leverage on the partnership.”

“The problem of water is so huge that whatever we do as an individual will be like a drop in the ocean,” said Mr. Ugorji.

“For us, water has always been very important not only in our operations but also in the sustainability of our communities. We believe that the more sustainable and prosperous our community is, the better our business will be,” he added.