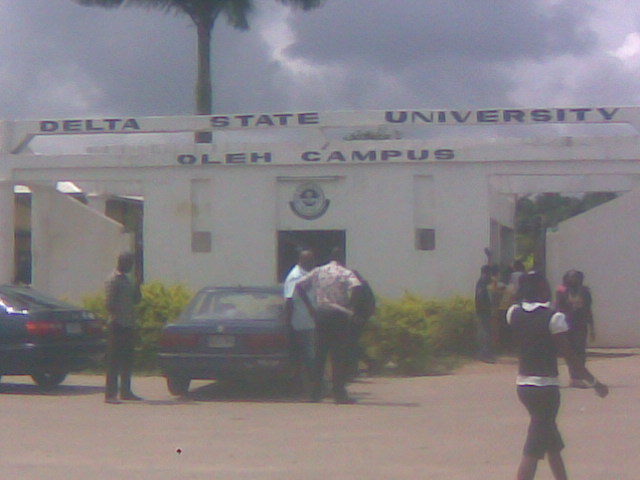 DELSU lecturers embark on strike to protest kidnap of colleagues

Lecturers at the Delta State University Abraka on Friday embarked on a one-week strike in protest against the increasing rate of kidnapping of their colleagues.

The lecturers cited Thursday’s kidnapping of Sam Ogege of Sociology Department and Stella Muoboghare, both in Abraka campus, as the immediate reason for the strike.
They said that the incidents, coupled with others in November 2011, were indications of obvious insecurity in the area.
According to the university’s branch Chairman of ASUU, Dr. Emmanuel Mordi, “We have discovered that we are no longer safe in the university community and we have decided to “take cover for a while”.
Mr. Mordi told the News Agency of Nigeira that “ASUU-DELSU Congress met today against the background of latest kidnap and resolved to suspend all academic activities while lecturers would stay at home for one week.
“After the one week, which is the first phase, congress shall reconvene to review the security situation and its position on the matter”.
He directed all members of the union in the university to comply with the resolution, saying, “it is no longer safe for us to continue to teach when we are being kidnapped incessantly with security agents demonstrating incapability to combat the menace”.
Mrs Muoboghare, wife of the state Commissioner for Basic and Secondary Education, Prof. Patrick Muoboghare, was abducted at about 8 a.m. when going to work, while Dr Ogege was kidnapped in the night.
The State Police Command said it was not aware of Mr. Ogege’s kidnap but that three suspects had been arrested in connection with Mrs Muoboghare’s case.
According to the spokesman of the command, Charles Muka, a deputy superintendent of police, two new suspects have been arrested, in addition to the one arrested on Thursday in respect of Mrs Muoboghare’s kidnap.
He said the two new suspects were the gatemen at the university’s staff quarters where the woman was abducted, adding that “we are not aware of any other kidnap incident in the university after that one”.