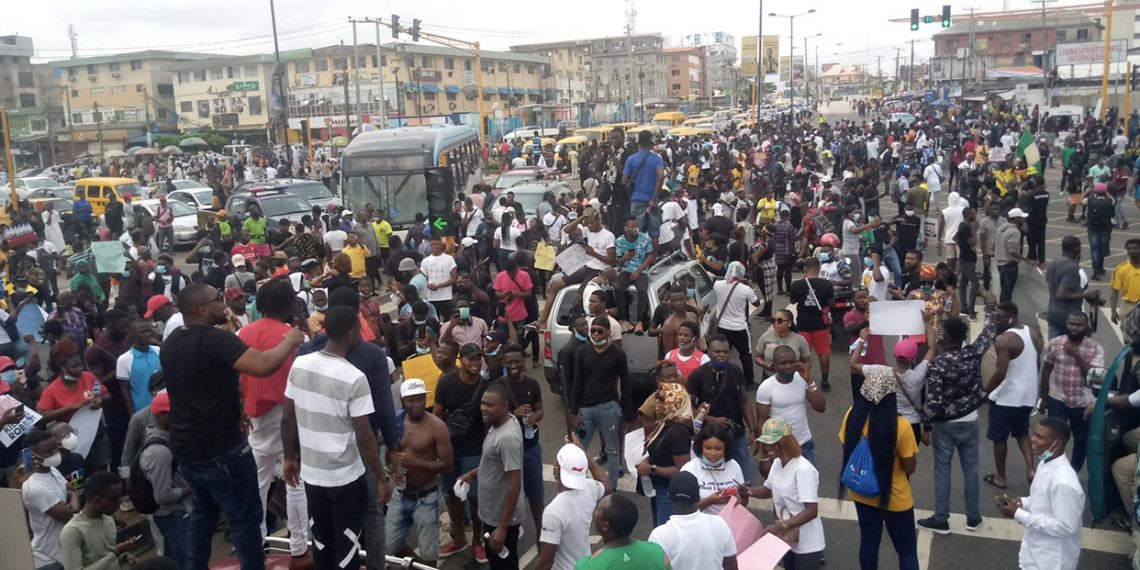 One protester has died at Ojo local government on Tuesday after violence erupted during the #EndSARS protest in the area.

The deceased was hit by a stray bullet shot from the crowd. Police vehicles and properties of the police station at Ojo were also burnt by hoodlums.

The gate of the police station was pulled down, while officers fled for safety. Several goods and items were looted during the incident.

The protest, which had started peacefully, took off at Mile 10 bus-stop, Ojo, around 10 a.m., with protesters barricading the road linking Alaba International market to Mile 2 in Lagos causing traffic gridlock.

As the protest proceeded towards the local government office, the crowd grew larger, with hoodlums and street urchins joining the protest.

The violence started around 2 p.m. when protesters moved in their large number from Mile 10 bus-stop to Ojo police station. Police officers were nowhere to be found during the violence as hoodlums unleashed mayhem in the neighbourhood.

Similar incidents have been recorded in other parts of Lagos on Tuesday, with many killed, while several others were injured.

The Orile Iganmu police station was also burnt down on Tuesday following the alleged killing of a protester by police officers.