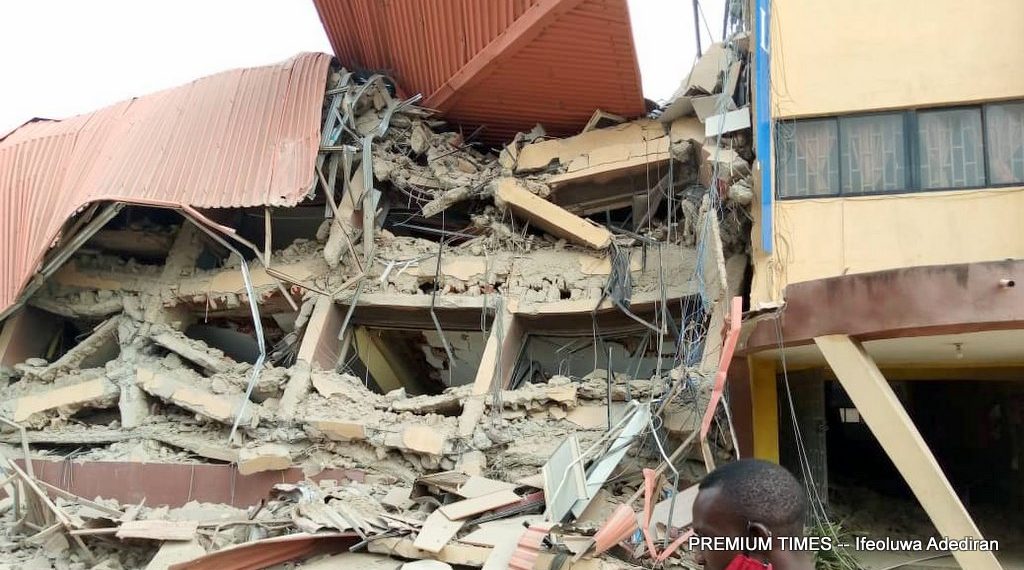 According to LASEMA, the building which collapsed at about 8:15 a.m. is part of a twin three-storey building housing the school.

Two days before the resumption of schools in Lagos, a three-storey building housing Excel College at Iyana Ejigbo area of Lagos has collapsed.

Providing update about the incident, the Lagos State Emergency Management Agency (LASEMA) said the building collapsed on Saturday morning due to “visible distress.”

The Lagos State Government earlier announced September 21 as the resumption date for schools in the state, which many preparations ongoing ahead of resumption during the coronavirus pandemic.

According to LASEMA, the building which collapsed at about 8:15 a.m. is part of a twin three-storey building housing the school.

“The collapsed portion which was attributed to “visible distress”, has seriously affected the second wing, with visible cracks on the walls, pillars and decking of the second portion,” LASEMA said.

Nosa Okunbor, the spokesperson of the agency, said information gathered from school officials revealed that the collapsed building had previously shown signs of distress, saying that the school authority was planning to renovate and refortify the collapsed structure.

“Fortunately, nobody was trapped, no injuries and no fatality has been recorded,” the agency said.

Emergency responders from LASEMA, LASBCA, and the Nigerian Police Force, Ejigbo Division, were at the scene at the time of this report.