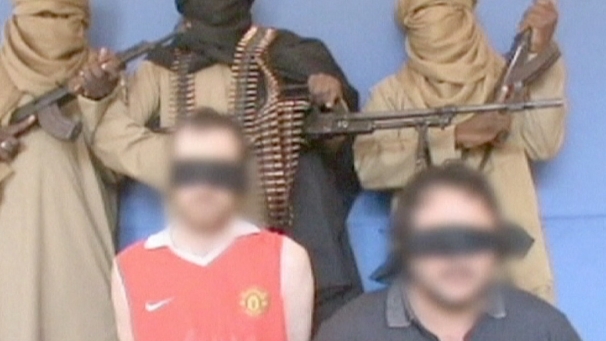 The Italian government has expressed concern that both Nigeria and United Kingdom failed to carry it along in the decision to launch an operation to rescue its citizen, Franco Lamolinara, kidnapped and taken hostage by armed gunmen suspected to be members of the extremist sect, Boko Haram.

Mr. Lamolinara, an engineer, who was involved in the construction of the Central Bank of Nigeria (CBN) state headquarters in Kebbi by B Stabilini, an Abuja-based Italian construction firm, was abducted by unknown gunmen from his hotel room in Birnin Kebbi on May 12, 2011, along with his colleague, Chris McManus, a Briton, and taken to unknown destination.

Following a tip off on the location of the two hostages recently, the Federal Government and its British counterpart, who have been working behind the scene to secure their release, decided to embark on a mission to rescue them from their captors.

However, before the joint rescue operation could reach where they were being held, they were killed by their captors.

But, the Italian government is demanding explanations over the failed rescue operation even though the UK Prime Minister, David Cameron, said he was in regular contact by telephone with the Italian premier, Mario Monti, throughout the duration of the operation and had informed him about its outcome.

SkyNews report said an Italian senator and a Labour MP, Lucio Malan, issued a statement demanding explanation why Italy was not informed about the decision by the Nigerian and UK authorities to embark on the military-led rescue effort as the “last window of opportunity to save the hostages’ lives” until it was under way.

“We would like to know why the British and Nigerian government did not inform their Italian counterparts of their intentions before launching the operation,” Mr. Malan from the centre-right People of Freedom Party, one of the country’s two major parties, said in a statement.

“I don’t know how fast moving this was, but it does seem odd that an ally like Italy was not actually kept informed,” Labour MP Meg Hillier, who chairs the all-party parliamentary group on Nigeria, said.

A former Italian prime minister, Massimo d’Alema, who is currently in charge of a parliamentary committee dealing with security issues, criticised the attempted rescue operation, Mr. Monti said he had requested from President Goodluck Jonathan a “detailed reconstruction” of what went wrong.

But, President Jonathan who condemned the killing of the two kidnapped foreigners before they could be rescued, described their death as sad, unfortunate and regrettable, assuring that the perpetrators, who have all been arrested, would be made to face the full wrath of the law.