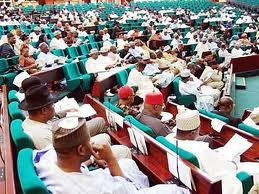 Nigerian lawmakers on Tuesday pushed for stiffer measures that may include hitting at South Africa’s business interest in Nigeria, in response to the expulsion of 128 Nigerians by South African authorities, in a rare diplomatic feud that has escalated within days.

At least 28 South African nationals are said to have been turned back at the Lagos international airport early Tuesday, as public outrage intensifies over South Africa’s refusal of entry to the Nigerians over yellow fever clearance.

Nigerian authorities have reacted angrily, linking the denial to a string of similar treatment against Nigerians by South African representatives.

The Nigerian consular office in Johannesburg had earlier been attacked in December, 2011, two years after Nigerians were killed, and their properties destroyed in the 2009 xenophobic attacks directed by South Africans against non-native Africans in that country.

The South African High Commissioner to Nigeria, Kinglsey Mambolo, had earlier been summoned by Nigeria’s government for explanation.

Meeting the Senate and the House of Representatives committee on foreign affairs separately today, Foreign Affairs minister, Olugbenga Ashiru, warned that Nigeria will henceforth respond “measure to measure” not just to South Africa, but other nations that “maltreat” Nigerians.

“South Africa and other countries should not take Nigeria’s maturity and friendliness to foreigners for granted. When you deport Nigerians from your country, u must know that there will be appropriate reciprocal measure,” he told the House members, whose meeting came first.

The lawmakers had sought to verify the status of the relationship between the nations, and had asked the minister if exploring responses that may tamper with South African interest in Nigeria, would be out of place.

“We need to send out a message this time,” said House foreign affairs chairperson, Nnenna Ukeje. Ms. Ukeje said the repatriation of Nigerians amounted to a “national affront.”

The minister, himself a former Nigerian High Commissioner to South Africa, accused that country’s Immigration and Police of deliberate hostility towards Nigerians, and also warned that Nigeria’s “business friendliness” should not be abused.

“You can take from me and we intend to do it. Any deportation of Nigerians henceforth, we will react appropriately, measure for measure. It will not go unreciprocated. No country has a monopoly for deportation. Immigration officials at Johannesburg are hostile.

A Bi-national commission headed by the vice presidents of the two nations is to help restructure bilateral commitments that should favour both sides, Mr. Ashiru added.