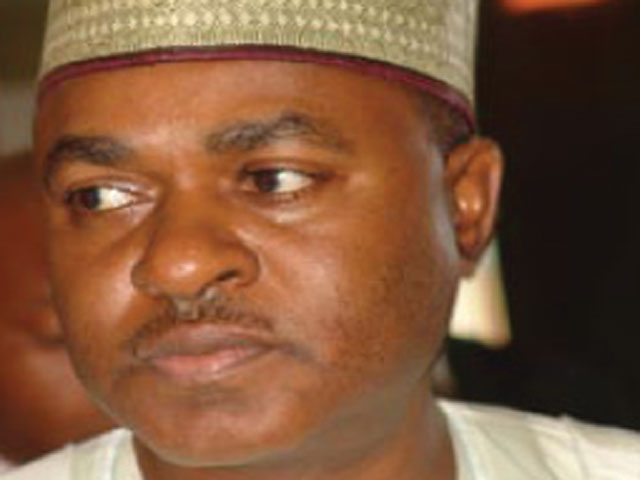 The election of Governor Isa Yuguda of Bauchi state, and that of his counterpart from Taraba, Danbaba Suntai, were today upheld by the
Supreme Court.

The five-man panel of judges, headed by the Chief Justice of Nigeria, Dahiru Musdapher for the Bauchi case,  and Justice Mahmud Mohammed for that of Taraba, declared the Court of Appeal judgements in the two cases as a nullity and thereafter upheld the ruling of the election tribunals in
the two states, which affirmed the election of the two governors.

Governor Yuguda’s election was challenged by Yususf Maitama Tuggar, the candidate of the Congress for Progressive Change, CPC, in the last April’s governorship election.

Mr. Dambaba’s election was challenged by the duo of Joel Ikenya of the Action Congress of Nigeria, ACN and Ahmed Yusuf of CPC.

The apex court also refused the application brought by the candidate of the CPC in Bauchi, Mr. Tuggar, asking it to invoke Section 22 of the
Supreme Court Act to enable the panel hear and determine the Appeal on its merit.

Mr. Tuggar had approached the election tribunal sitting in Bauchi asking it to set aside the election of Mr. Yuguda as governor because, according to him,  there were irregularities in at least 18 out of the 20 local governments in the state.

The petitioner had also alleged in his petition that Mr. Yuguda was not qualified to contest the election. Some of the irregularities Mr. Tuggar cited were non-accreditation of voters,
rigging, multiple voting, sharing of money by government agents, arbitrary allocation of votes, non-supply of election materials, threats and intimidation of  opposition elements.

Mr.Tuggar and his party, the CPC, presented 19 witnesses, including forensic experts,  to prove their case and asked the tribunal to nullify the election and either declare him winner or order a fresh election.

However, the tribunal,  presided over by Justice David G Mann was not convinced by the presentations made by Mr. Tuggar and his party and so
struck out the petition on the grounds that it lacked merit.

Justice Mann said the appellants had failed to prove that the polls were marred by “multiple thumb printing, thuggery and intimidation, harassment of voters, snatching of election materials, financial inducement and bribery which are all criminal allegations that must be proved  beyond reasonable doubt.

The judge also said that all the testimonies of the petitioner’s 19 witnesses could not be relied upon because most of the evidences were “hearsays.”

He, therefore, struck out the petition for lack of merit and upheld the election of Governor Yuguda, stating that “even if 245,610 votes said to have been invalidated by forensic test is removed from Yuguda’s over 770,000 votes; Yuguda would still lead with over 516,215 votes.

Not satisfied with the ruling of the tribunal; Mr. Tuggar and the CPC proceeded to the Court of Appeal sitting in Jos and claimed that during the trial, his counsel had presented a damning video evidence showing evidence of multiple thumb printing of ballot papers in favour of Governor Isa Yuguda, and the forensic experts’ reports were able to prove that out of the 549,067 Yuguda ballots analyzed, 254,610 had multiple thumb prints. He also found strength in the fact that the respondents were unable to refute the allegations or tender EC8As, the
statement result form in figures and words,  to prove that elections held in all the polling units in Bauchi.

But the appeal tribunal also upheld the decision of the lower tribunal and declared Governor Yuguda winner of the election.

Not satisfied with the Appeal Court Judgment, Mr. Tuggar approached the Supreme Court to challenge the judgment of the Court of Appeal.

Today however, the Supreme Court said the Court of Appeal gave its judgement outside the 60 days period allowed by the constitution, and it therefore set aside the ruling of the court and upheld that of the tribunal.

In the case of Taraba, the candidate of the ACN in Taraba, Joel Ikenya and that of the CPC, Ahmed Yusuf,  had approached the tribunal sitting in Jalingo asking it to set aside the declaration of Mr. Danbaba Suntai as the duly elected governor of the state in the election held on 26th April, 2011.

The duo had in their various submissions, also urged the tribunal to annul the election and give the Independent National Electoral Commission, INEC the legal backing to conduct fresh election.

However, the tribunal, under the leadership of Justice Luka Abba,  held
in two separate judgments that Mr. Suntai and his deputy were duly elected and returned by the Independent National Electoral Commission (INEC) as winners of the election.

The judge held that the petitioners failed to prove the allegations of substantial non-compliance as alleged and went ahead to say that the elections were conducted in accordance with the provisions of the
Electoral Act 2010.

The Court of Appeal sitting in Yola also dismissed their appeals on similar grounds.

On Monday, the Supreme Court set aside that ruling and held that it was done outside the 60-day window allowed by the Constitution.