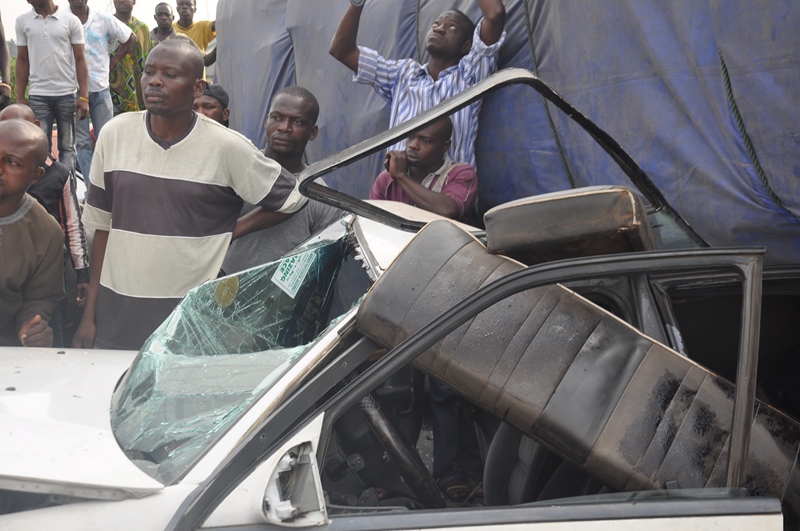 Ogun State governor’s wife, Olufunso Amosun,  has expressed shock over the losses recorded in a multiple accident which occurred early Friday morning at the Berger end of Lagos/Ibadan Expressway.

In an emotion-laden voice, Mrs. Amosun said: “I was shocked at the fatality of this accident. This is unfortunate. As a mother, I feel highly concerned. I have got in touch with the emergency response team to quickly come to the rescue of the people at the scene. I sympathise with people involved in the accident. May God continue to protect us.”

The governor’s wife, who saw the trapped bodies of the two persons who occupied the front seat of the commuter bus under the truck, described the fatal accident as unfortunate.

Court to deliver judgment in Charles Taylor trial next month