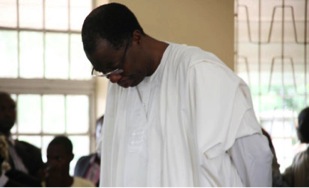 A High Court sitting in Isabo, Ogun on Friday quashed charges of stealing, illegal diversion of public funds and all other criminal charges against former Governor Gbenga Daniel of Ogun.

The accused was arraigned on a 43-count charge by the Economic and Financial Crimes Commission (EFCC) on October 12, 2011.

However, the defense team of the accused, led by Taiwo Osipitan, objected to the 43-count charge, arguing that the court lacked jurisdiction to try the accused person.

Mr. Osipitan submitted that the commission filed the charges without the prior knowledge of Ogun Government, whose property were allegedly stolen.

He also argued that the Chairman of EFCC, on whose consent the allegations were filed, was a non-juristic entity, arguing further that all the charges cannot be linked to the accused person.

He also said that EFCC did not seek the leave of the court or consent of the judge as stipulated by the 1999 constitution before filing case of criminal nature.

He, thereafter, urged the court to strike out the charges against the former governor.

“Since the due process was not followed, the court lacks jurisdiction on the case and should therefore strike it out for non-compliance with the criminal Act and procedure.”

In his response, however, the counsel to the EFCC, Rotimi Jacobs, dismissed all the issues raised by Mr. Osipiatan, and backed his arguments with relevant sections of the 1999 Constitution.

Mr. Jacobs also argued that the EFCC had no reason to seek the leave of the court or consent of a judge before a criminal proceeding can be initiated against the former governor.

He said that the state’s Attorney-General, Wemimo Ogunnde, had also written to the court stating that the state was aware and was also part of the case against the accused person.

In his ruling, however, Justice Olanrawaju Mabekoje, said that he was not in agreement with the submission of the counsel to EFCC that leave of the court must not be sought.

He said that it was glaring from the position of the law that the prosecution counsel had not fulfilled the requirements of the law in filing the case against the accused person.

The judge dismissed all the cases and authorities cited by the prosecution.

“They are misconstrued and of no effect to the case at hand. I have carefully considered the case of Abacha against the Federal Government of Nigeria and I am of the view that it was not relevant to this case.

“The prosecution has failed to comply with the provision of Section 340 (2) of the 1999 constitution.

“The provision says that the permission of the court shall be sought or consent of judge shall be obtained before an indictment case is initiated.

“The consequence of this non-compliance is that the error is fundamental and has robbed the court of the jurisdiction of the trial, the 43-count charge against the accused person is hereby quashed,” the judge said.

NDLEA gets order to deposit N25m with court