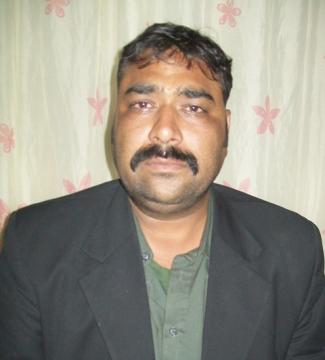 Operatives of the National Drug Law Enforcement Agency (NDLEA) say a member of a Pakistani drug cartel was caught at the Murtala Mohammed International Airport (MMIA), Lagos with about 13 kilogrammes of high grade heroin, with street value of about N120million.

Premium Times gathered that the Pakistani was initially apprehended by operatives of the anti-drug agency when parcels of brownish powdery substances weighing about 13 kilogrammes were found hidden inside his hand luggage.

He was promptly arrested when the suspicious substance was subjected to a test, which produced a positive NDLEA Airport commander, Hamza Umar, said a 42 year-old Nigerian clearing and forwarding agent working at the airport, Okereke Chukwudi, from Ekulobia, Anambra State, who is suspected to be an accomplice in the crime, has also been arrested. He is said to be cooperating with narcotic investigators. Both suspects will be charged to court soon.

Mr. Syed, an electrical engineer by profession, from Karachi, is believed to be working as a courier for a Pakistani drug cartel with network that covers most big cities of the world.

An inspection of his travel document revealed that the suspect had travelled from Karachi to Abu Dhabi aboard Pakistan Airline flight before connecting Lagos with the Qatar Airways flight through Doha in the United Arab Emirate (UAE).

The NDLEA boss said the arrest of the Pakistani few days after three Bolivians were caught in a suspected case of methamphetamine production is a demonstration of the agency’s commitment to bring drug traffickers to justice.

“The anti-drug crusade is total and must be pursued with determination,” he said. “We are working hard to prevent the involvement of Nigerian citizens in drug trafficking. Drug trafficking is attractive to criminal cartels because of the huge profits associated with it. But, we are determined to make it unprofitable through regular drug seizures, arrest and prosecution of culprits.

“We will resist attempts by foreigners to smuggle drugs into the country using Nigerians as their accomplices. The NDLEA Act applies to all culprits. We shall continue to be vigilant and ensure that all illicit drugs being smuggled into the country are intercepted.”