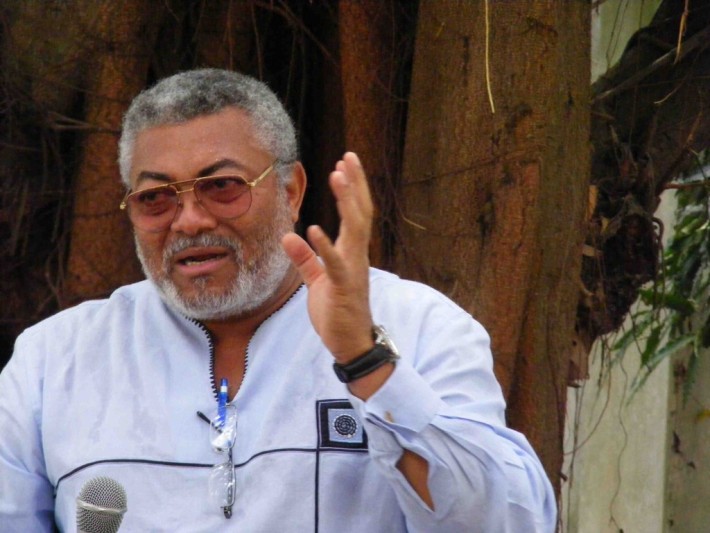 The Enugu Sports Club held a night of tributes for the ex-Biafra warlord, the late Dim Chukwuemeka Odumegwu-Ojukwu, who died in London on November 26, 2011.

The News Agency of Nigeria (NAN) reports that the well-attended ceremony featured ex-Ghanaian president, Jerry Rawlings, as a special guest, with hordes of the late Ojukwu’s associates in the military pouring encomium on him.

In his tribute, Mr. Rawlings said he landed at the Akanu Ibiam International Airport in Enugu in darkness on Wednesday and deducted that “the ghost of Ojukwu is at work”.

Mr. Rawlings said that he became conscious of the enormity of the Nigerian civil war when the late Dick Tiger Ihetu of Imo, a boxing hero of the time, was conscripted into the Biafran army.

He said the Nigerian civil war saw two great Nigerians fighting for the same thing from the opposite sides, “one for the dignity of Nigeria and the other for the unity of Nigeria”.

“Ojukwu stood for principles, equity, peace and justice but he did not hesitate to protect his people. He had to lead a sacrificial war,” the former Ghanaian air force flight lieutenant said.

“Before the advent of Europeans, where we stand today was Biafra and that is why we have the Bight of Biafra.

“Ojukwu gave us stability. It is not Ojukwu who should be called a rebel. The same people who called him a rebel are now calling him all sorts of good names because he is no more,” Mr. Achuzia said.

In his remark, Biafran air force colonel Anowai, who flew the warlord into exile, described Mr. Ojukwu as a man who “made many things out of nothing”.

NFF President assures on Eagles' qualification for 2013 Cup of Nations