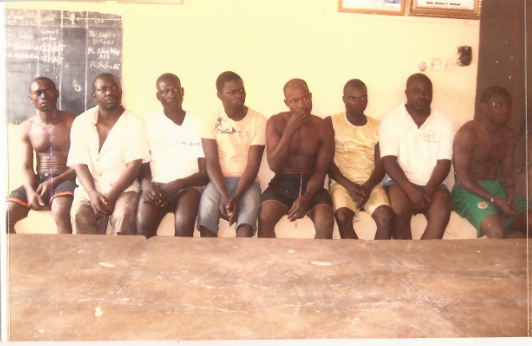 Bauchi CAN confirms arrest of members over explosive device

The Christian Association of Nigeria (CAN), Bauchi chapter, has confirmed reports that some members of the COCIN church at Miya Barkate in Toro Local Government Area of the state, were arrested in connection with a suspected explosive devicefound on the church’s premises.

Addressing newsmen in Bauchi on Wednesday, the state chairman of the association, Rev. Lawi Pokti, said some church members were aggrieved over the relocation of the Local Church Council headquarters from Tilden Fulani to Miya-Barkate.

He said series of meetings were held between Feb. 5 and Feb. 25 to resolve the issue so that the headquarters would be returned to the former place (Tilden Fulani).

He explained that on Feb. 26, seven members from the congregation of Tilden Fulani “came to find out the outcome of the meeting the previous day, and as they were being briefed by the reverend in charge, Rev. Adamu Azi, one Danjuma Sabo (a member of the congregation) went and sat outside’’.

Mr. Pokti quoted Mr. Azi as saying that the alleged device was seen near him (Sabo) by worshipers coming into the church who raised alarm with shouts of  ‘bomb! bomb!!’.

He said the shouts attracted the attention of other worshippers, members of the public and security officials.

Mr Pokti said the association was disturbed by reports that members of the church came to bomb their place of worship.

“No weapon was  found on any of the arrested members, except the suspected device found near Danjuma Sabo,’’ the chairman stressed.

“We call for a thorough investigation into the matter to unveil the sponsors of Danjuma Sabo and to know where he got the  suspected device from.

“We advise that a thorough investigation be carried into the incident before making official statement.’’

The police in Bauchi issued a statement on Sunday, alleging that eight members, belonging  to a faction of COCIN church in Unguwan Ring area of Tilden Fulani town in Toro council had been arrested in connection with plans to bomb the church.

The police said an improvised explosive device was recovered from one of the suspects.