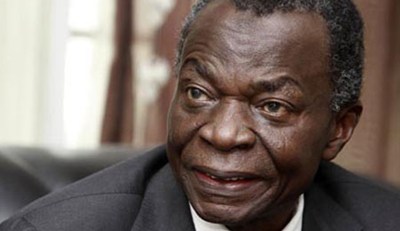 The National Judicial Council (NJC)  rose from a meeting Wednesday reversing itself and approving the reinstatement of the suspended President of the Court of Appeal, Justice Ayo Salami, in a decision that promises to bring to an end several months of bickering within the nation’s judiciary.

The Committee had absolved Justice Salami, who was suspended last August 18 by the same NJC,  of any wrongdoing  and recommended that he should be reinstated.

The NJC also took into cognizance a letter the Chief Justice of Nigeria wrote to President Goodluck Jonathan requesting the reinstatement of the embattled President of the Court of Appeal.

At its deliberation Wednesday, the NJC reasoned that the Justice Salami episode had done incalculable damage to the nation’s judiciary and that reinstating him would be part of the way to restoring the confidence of Nigerians in the judiciary, our source said.

But when eventually reinstated, Justice Salami is expected to stay in office for only three months before proceeding on retirement.

“The fact is the Justice Salami’s ordeal has terribly polarized the judiciary, and generated a lot of bad blood,” our source continued. “So it was decided that he should retire  three months after returning to office so normalcy can return to the judiciary once and for all.”

Justice Salami’s suspension last year was based partly on his refusal to be elevated to the Supreme Court, and more importantly, for speaking to the media and accusing the former CJN, Katsina-Alu, of attempting to interfere in the Sokoto governorship election case before the Appeal court.

He was suspended just as the Court of Appeal was hearing a suit brought by the presidential candidate of the Congress for Progressive Change, Muhammadu Buhari, against the election of President Goodluck Jonathan.

But the collection of reports of the inquiries by CJN Dahiru Musdapher absolves Salami of breaching any rule.

Rather, it criticizes Mr. Katsina-Alu in his capacity as CJN then, and also as the chairman of the National Judicial Council.

Reps force outdated bills through, issuing death threats to those who oppose

When loyalty to Barcelona equates insurgent activity By Nasiru Suwaid