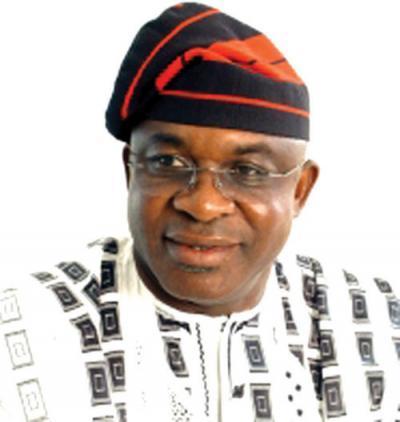 The last may not have been heard about the debate on whether or not Nigerians should be allowed to hold a national discourse on their future, as the Pro National Conference Organization (PRONACO) Wednesday in Lagos again tackled the National Assembly on its continued opposition to the proposal.

The group accused the National Assembly of pushing Nigerians against the wall by resisting the people’s desire to exercise their sovereignty, warning that members might be incur the wrath of the people by their continued opposition of the peoples’ desire for a brand new constitution through a sovereign national conference.

PRONACO spokesperson, Olawale Okunniyi, said by the provision of Section 8 and 9 of the subsisting 1999 constitution (as amended) in 2011, the National Assembly has no powers to give the country its desired constitution, pointing out that the lawmakers can only make laws through legislative motions to amend or tinker with the subsisting decree 24, otherwise known as the 1999 constitution, for the day-to-day governance of Nigeria.

Since the debate began, the leaderships of the Peoples Democratic Party (PDP) and the National Assembly have, variously, stated their opposition to the proposal.

Senate President, David Mark, described the SNC calls as unnecessary distraction, since members of the National Assembly are in a better position to carry out that responsibility as representatives of the people, while Senate spokesperson, Enyinnaya Abaribe, said only the National Assembly can give the Nigerian people a popular constitution that would not trigger national anarchy

“The position of the National Assembly on the national question and people’s constitution is deeply flawed and smack of ignorance and undue arrogance,” Mr.  Okunniyi said.  “The lawmakers do not have the mandate of the people (sovereigns) either legally or conventionally to replace the 1999 military-imposed constitution as overwhelmingly desired by the Nigerian people.”

PRONACO advised the senate to take a cue from former senate president, Ken Nnamani, who recently in Lagos asked the National Assembly not to continue to treat the Nigerian constitution as a village minutes book which could be tinkered with every now and then, but to urgently make a law as empowered by section 9 of the 1999 constitution to convene a constituent assembly conventionally responsible for giving a country a popular constitution.

Mr. Okunniyi said the peoples’ desire to have the 1999 constitution replaced had nothing to do with the present mandate by current office holders, as the constitution hadalready provided for  a national conference within section 8 and 9 of the constitution.

He said the National Consensus Group under the leadership of Ben Nwabueze would be willing to send a prepared note to the National Assembly on how a peoples’ national conference could be attained legally.

“Nigeria is already in an emergency situation, given the horrendous bloodletting and bombings in the land, which requires that the National Assembly, if not for any other reasons, should urgently make an emergency law under section 9 of the constitution to urgently convene a peoples’ national conference, or alternatively, invoke their invented ‘doctrine of necessity’ to enable a sovereign national meeting to isolate and neutralize growing fears of a civil war in the country”, he said.

“We hope our legislators are not saying they are waiting for a personal feel of the dose of bombings on innocent and defenseless Nigerians before they can yield to the overwhelming demands of Nigerians for popular restructuring. In every decent society, it is not a government that gives a nation a constitution, rather it is the people that give a government a constitution as a covenant for governing them within a nation.”

Reps force outdated bills through, issuing death threats to those who oppose