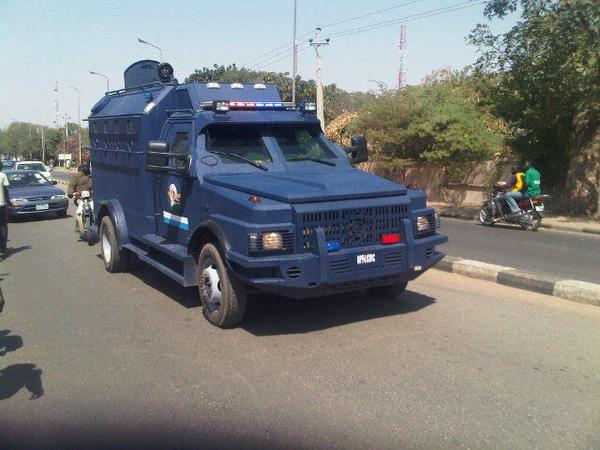 The police also hurried to the scene

A polythene bag containing food, left for a madman by a good samaritan on Katsina-Dutsinma expressway, on Tuesday caused a bomb scare in Katsina metropolis .

The News Agency of Nigeria (NAN) reports that the incident occurred at about noon, when passers-by, including motorists, noticed the polythene bag and raised alarm.
The incident sent people running helter-skelter, forcing shop owners and other traders to lock up their businesses and evacuate the area.
The Police Anti-bomb Squad immediately went to the scene, blocked one lane of the road in an attempt to demobilise the bomb, which turned out to be Tuwo, a local food made from starch.
The Police Public Relations Officer, (ASP), Shehu Muhammad, told newsmen that when the police received report of the suspected Improvised Explosive Device in the area, a senior anti-bomb officer was dispatched to the site.
Mr. Muhammad said that the officers took precautionary measures to prevent loss of lives of people before “tactically destroying the bag and discovered that the content was food”.
‘’We are suspecting that it was a madman who threw the bag on the road, thank God it is not an explosive device.’’
NAN recalls that a combined team of military and State Security Service (SSS) operatives had three weeks ago raided an uncompleted building in the area and arrested three suspected members of the Boko Haram.

Court orders police to pay N12m as damages to salesboy