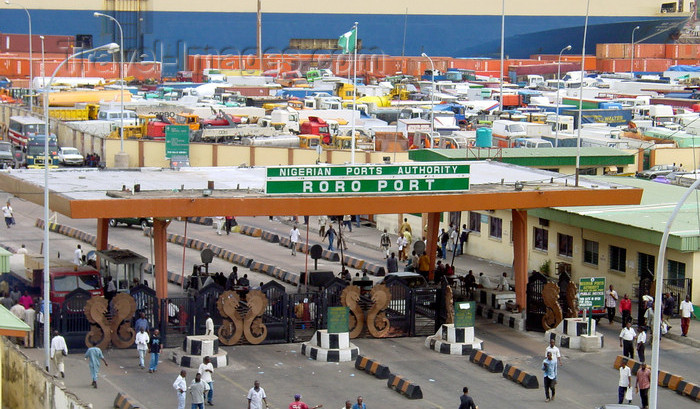 A monumental fraud involving the embezzlement of monies running into millions of naira belonging to the Nigerian Ports Pensioners’ Ventures allegedly by the current board of the Nigeria Ports Authority Pensioners’ Welfare Association is threatening to put the retirees at loggerheads with one another, investigations by Premium Times have revealed.

Between 2009 and 2011, a series of withdrawals from the Pensioners’ Ventures Union Bank Account No. 010120000535 allegedly by the board of the Pensioners’ Welfare Association headed by Oweibena Atie effectively threw the company into insolvency.

The illegal withdrawals, 24 in all, depleted the said account by almost N10m leaving a balance of barely N90,000, as at July last year.

“Mr. Atie and Mr. Metchie have, since the controversial vacation of office by G.E Okafor, the former managing director of the Pensioners’ Ventures Limited; maneuvered and manipulated themselves into being signatories of the company’s account and thus operated the said account to the exclusion of duly authorized others,” a source, who preferred not to be named because of his position in the company, told Premium Times.

“They sidetracked and sidelined Alhaji Hamma, the current managing director and Barrister Eke, the company secretary, and illegally withdrew and converted the funds of the company to themselves,” the source added.

Within the two year period, N9.5m was withdrawn from the company’s account without due authorization from the board of the company, nor were the monies used for any projects by the company, according to the source.

In a petition dated 18th October, 2011, written by the Concerned Shareholders of the Pensioners’ Ventures Limited and addressed to the Nigerian Ports Authority (NPA); the group noted that the “mindless plundering” of its finances by Messrs. Atie and Metchie has “completely eroded” the shares and dividends of the company’s shareholders.

Since its establishment, the Nigerian Ports Pensioners’ Ventures Limited has enjoyed numerous patronages from the NPA by way of contracts.

“In 2007, the pioneer managing director (Okafor) was schemed out of office by Mr. Atie to pave way for his plundering of the fund of the company,” read the petition signed by Messrs I.O.S Aminu and P.C Kaine.

“Between that time and June 2011, Mr. Atie and one Mr. F. Metchie have embezzled the fund and left N92,000 in the account thereby making it impossible for the company, for the first time in its history, to fail to discharge its obligations to the NPA and its shareholders.

“In specific reference, the contract awarded to the company by NPA to construct the National Secretariat of NPA Pensioners’ Welfare Association at 43 Bode Thomas (Street) for which N4m mobilization fee was paid by NPA was abandoned because the fund meant for the execution of the job was plundered by Mr. Atie.”

In July 2010, when the news of the financial malfeasance first broke, Messrs Atie and Metchie hurriedly paid in various sums of money into the account in a bid to cover their fraud, according to the source.

“The sources of these money lodgments into the account of the company calls for discreet investigation also, as it could be illegally converted from another public fund,” said the source.

“Soon after the news seemed to have died down, they went ahead again to deplete the fund to N91,442,” the source added.

It was gathered that the Lagos Police command as well as the Economic and Financial Crimes Commission (EFCC) are currently investigating the allegations of graft.

Messrs Hamma and Eke declined to comment on the matter when contacted on the telephone.

“What business have I got with you?” Asked Mr. Eke, the secretary of the Pensioners’ Ventures Limited.

Mr. Hamma, who is currently receiving treatment at the National Hospital, Abuja, while confirming the illegal withdrawals declined further comments.

“I don’t know what you are saying,” he replied to the question of how money was withdrawn from the company’s account without his knowledge.

“Didn’t they show you our code of conduct or agreement or condition laid down for the opening of that company?” he added.

When he was contacted at his office at the NPA Guest House, Surulere, Mr. Atie politely debunked all claims of wrongdoing.

“First and foremost, the money is not N9m, it is N7m,” said Mr. Atie, who was surrounded by members of his executive.

“It was money borrowed by the NPA Pensioners’ Welfare Association to run around for our entitlements,” he continued.

“Sometimes we get a notice to come to Abuja, and we are not rich people.”

Mr. Atie blamed Mr. Kaine, the immediate past secretary general of the pensioners’ association and who co-signed the petition accusing his board of graft, for the campaign of calumny against him.

“The Okafor board were voted out of office because they refused to pay dividends to shareholders for years even after they have executed two or three contracts,” said Mr. Atie.

“And they said pensioners were not entitled to increase in allowances,” he continued.

“We’ve been able to secure a 30% increase in pensioners allowances. What we are fighting now is for our eight years arrears to be paid.”

Efforts to reach Mr. Okafor were not successful.

‘Nothing to do with NPA’

On claims that the NPA management are deliberately “distancing itself from the graft because some of them have benefitted” from Mr. Atie; the ports authority management said the pensioners’ problems have “nothing to do with NPA.”

“We can’t control it because we are not a contributor to that fund,” said M.K Ajayi, NPA’s spokesperson.

“If the money is drawn from NPA, then we would control it and investigate it. But it is a group who formed an association and registered themselves with CAC (Corporate Affairs Commission).

“They used the body to get contracts and they used to borrow money to members and all that, and so if there is a problem among them, it has nothing to do with NPA.”

Mr. Ajayi further told the pensioners to “clean their own hands themselves.”

“They are only trying to drag NPA into it and we’ll refuse to be dragged into such matters because we are not privy to the formation of the board,” said Mr. Ajayi.