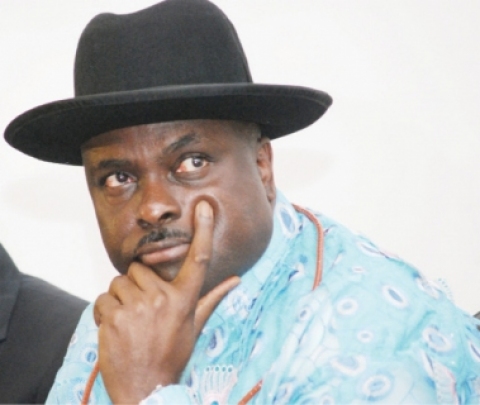 Former governor James Onanefe Ibori of Delta State today entered a guilty plea before a Southwark Crown Court in London where he was being tried on fraud and money laundering charges.

Mr. Ibori’s guilty plea  has closed a chapter to a long judicial and political saga pertaining to his massive money laundering activities in his eight years as governor of one of Nigeria’s major oil producing state.

Mr. Ibori faces up to 10 years in UK prison during sentencing, which will take place after the completion of the trial of his accomplice and financial advisor, Elias Preko, a Ghanaian national.

Today the judge ordered that the remaining charges would remain on file.

In a short submission, Crown Prosecution Service lawyer, Sasha Wass, QC, said the prosecution does not seek to go ahead with Mr. Ibori’s trial anymore saying, ” Mr. Ibori has accepted the entirety  of the prosecution’s case as it has always been set out.”

A case for more states By Ose Oyamendan