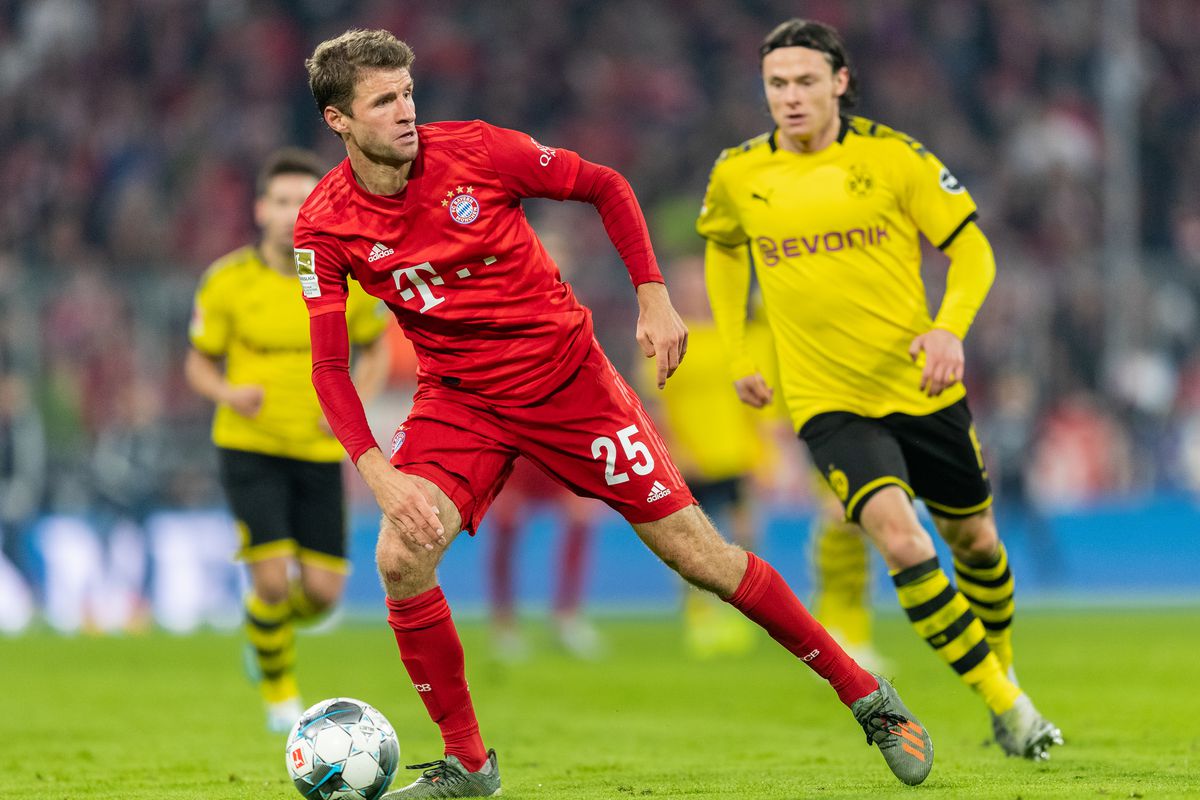 The defending champions eased to the narrow lone goal victory courtesy of an individual goal from Joshua Kimmich.

This crucial win had helped Bayern open a seven-point lead over their fierce rivals with six matches to wrap up the season.

The only goal from Tuesday’s highly anticipated clash was scored just before the halftime whistle and it was worth the wait.

Both sides had seen shots cleared off the line in an intense first half, with Erling Haaland denied by Jerome Boateng after 30 seconds, and Lukasz Piszczek getting back to deny Serge Gnabry.

However, the deadlock was broken after some great linkup play around the box. Kimmich chipped the ball in the far corner, beating Roman Burki with ease.

It was a big goal going into the half time as Bayern were rewarded for their resilience.

Despite the absence of fans at Signal Iduna Park, this was a high quality and an intense clash between Germany’s two most famous teams.

Now with a seven-point cushion at the top, many will admit it is now Bayern’s title to lose, but the upcoming fixtures could still make the title race interesting.

This win over Dortmund had helped Bayern to take a big step towards the title.