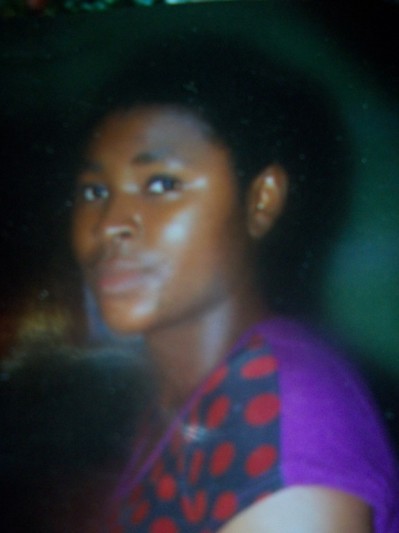 The family of Blessing Isabor who was shot  by a police corporal identified as Emmanuel Okujo  has called on the  federal government  and the  Acting Inspector  General of Police,  Mohammed  Abubakar, to come to their rescue in footing the medical bill.

The victim’s mother, Doris Isabor, a widow  is also appealing  to the  IGP to  track down   corporal Emmanuel who also kidnapped her 17-years-old daughter, Patience, after he shot Blessing  for trying to stop the kidnap.

Ms Blessing  is  undergoing  series  of surgery at the Lagos State University Teaching  Hospital (LASUTH) Ikeja  following  the gunshot wound she sustained  from corporal  Emmanuel’s   rifle  which  shattered  her cheek bone  and  fingers   .

The incident happened at  at Sawmill area,  Ifako,  Bariga, on February 10.

According to   Mrs Isabor, corporal Emmanuel, who is attached to the Ifako Police station attacked her  two daughters   about 7 p.m. in her apartment.

“I am a nanny  in a private  crèche  and I  have been  taking care of my two girls  since their father died in 2001.  My children and I are struggling to survive and we have lived peacefully with our neigbours  all these years; I started noticing  corporal  Emmanuel coming to  our compound last year  and he will greet me like every other person in our compound   but since I do not stay at home all the time I will not know much about  his visit.

“From what I heard, Emmanuel barged into my room; he ordered Patience, the younger one,  17 years old, to follow him  but she refused. Blessing  stood up to him that he cannot take Patience anywhere without my consent, that was how he brought out his gun and told Blessing to close her eyes  and say her last prayers,  so that was how he shoot her four times on the cheek and on her fingers ; the blood stain is everywhere in my room; it was a neigbour who called  to inform me about what happened and that corporal Emmanuel  took  Patience away.” Mrs Isabor said .

A case of kidnap

“it is not true that Patience eloped with  corporal Emmanuel, because a neighbour who witnessed the whole incident said after Emmanuel shot Blessing, he pointed a gun on Patience’s head and forced her to scale through the fence, he also scaled the fence but Patience  ran into a nearby shop and was  trying to hide but he ran after her and threatened to shoot the man that was trying to help her so that was how he kidnapped her and fled on a motorcycle.”Mrs Isabor said.

The Isabors are accusing the  police of playing  games  with the lives of their daughter.

Kevin  the  girls’ uncle said  the family will petition the IGP and the presidency over the  case.

“It is unfortunate that the police are saying that Patience  eloped with the corporal. How can a minor  give  her consent? A corporal had just shot her sister in her presence and is pointing a gun  at her; even if it is the DPO, he will succumbed  and do what the person holding the gun wants;  the police is  not  ready to find the  erring officer and Patience life is at risk.

“Also  the DPO  has to explain  why   he did not  default Emmanuel  and  collect his rifle from him after he closed from work that day; the family with the help of the community has been footing Blessing’s medical bills . The DPO gave me N63,000 but we have spent more than N200,000 and the hospital is saying  Blessing needs  to undergo plastic surgery as her cheek bone has been shattered, her  fingers are also  shattered by the gunshots; I have written to human rights organisations and we are  also writing petitions to  the presidency and the IGP on  this injustice”  Kelvin said .

It was also gathered that Patience has called some of her friends and family members that corporal Emmanuel locked her up in  an undisclosed  apartment  at   Ikorodu .

“Patience called and said she is at Ikorodu  that Emmanuel locked her inside; she said she was calling with his phone but the  number was hidden” Mrs Isabor  said.

The Lagos state police spokes person Jayieoba Joseph assures the family that the police is on the trail of the erring policeman.