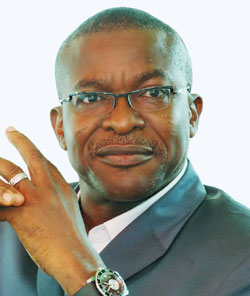 A former Commander of the Army Finance Corps, Gen. Charles Airhiavbere (Edo South) has emerged the flagbearer of the Peoples Democratic Party in the forthcoming governorship election in Edo State.

In a primary election at the Samuel Ogbemudia Stadium in Benin this afternoon, Mr. Airhiavbere, believed to be  the anointed candidate of the Edo PDP leader, Tony Anenih, garnered 403 votes  to defeat his four other challengers.

Mr. Airhiavbere will now challenge Governor Adams Oshiomhole, the candidate of the Action Congress of Nigeria, in  the July 14 governorship election in the state.

But as the result of the primary was being announced, three of the other contestants walked out in protest, claiming that the election was not free and fair.

They promised to issue statements later.