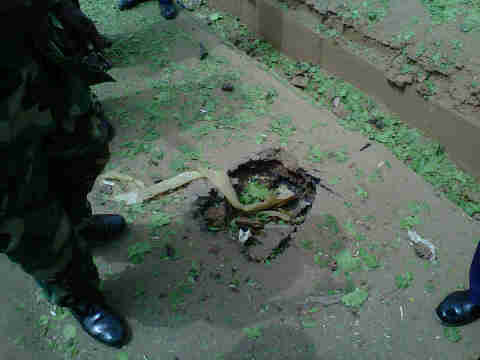 There was a similar attack in Kaduna recently

Gombe, the Gombe State capital has come under severe attacks from gunmen suspected to be members of the extremist Boko Haram sect, multiple sources in the city have told Premium Times.

A journalist based in the city said a massive explosion was heard at the main roundabout in the city, a situation that left residents sacampering for safety in different directions.

Another source said gunfire could also be heard at various location in the city including at a police station opposite the Bubayero Primary School in the city centre.

The state police spokesperson was not available for comments as he didn’t answer or return calls to his mobile telephone.