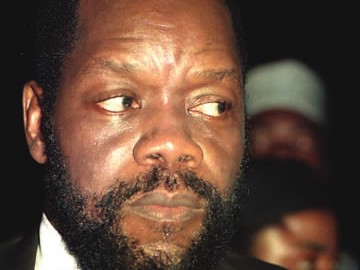 Lagos shuts down as Ojukwu lie in state

As the late Ikemba Nnewi, Odumegwu Ojukwu, was lying-in-state at the Tafawa Balewa Square, (TBS) Lagos, traffic in almost the entire metropolis came to a near stand-still on Thursday.

The heavy traffic recorded at the Funsho Williams Ave. /Lagos Island and Apapa routes were attributed to the lying-in-state of Ojukwu.
The News Agency of Nigeria (NAN) correspondents who witnessed the development observed that the routes were completely blocked.
Some road users who spoke with NAN lamented the situation which they said had kept them on the road for hours.
Wale Olagunsoye, an Ikeja-bound commercial driver, while narrating his ordeal in the gridlock from Lagos Island to Costain alleged that traffic agents did not control the situation.
“I do not know the cause of this heavy traffic and why the traffic wardens were nowhere to be found to bail us out of this mess,” Mr. Olagunsoye said.
Paul Okafor, a businessman, told NAN that he decided to walk from Eric Moore to TBS to pay his last respect to Mr. Ojukwu when he noticed the traffic congestion.
“Although the traffic is heavy, I have to park my car somewhere at Eric Moore so as to have a glimpse of the remains of Ojukwu who has contributed immensely to the building of this nation,” he said.
Okafor called for the deployment of traffic control agents to strategic routes to arrest the situation.
Chika Michael, a commuter, said  he was disappointed because he had to pay N200 instead of N70 from Orile to the Island, yet, had to get down from the bus and walk.