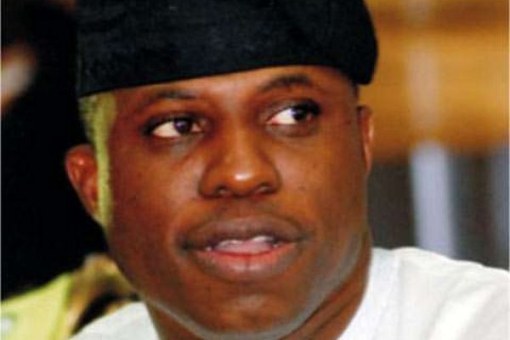 A Federal High Court sitting in Abuja was on Wednesday told by the Economic and Financial Crimes Commission, EFCC, that the various companies that executed the N9 billion contract awarded by the leadership of a former speaker of the House of Representatives, Mr. Dimeji Bankole,  have no known addresses.

While testifying before the court, the prosecution witness, Ibrahim Ahmed, an Assistant Superintendent of Police, said in the process of investigation, they attempted a physical verification of the companies that was awarded the contract, but discovered that the addresses were non-existent.

He further added that since physical verification was not possible, they resorted to writing letters inviting the managing directors of the companies for questioning.

The prosecution counsel,  Festus Keyamo, sought to tender a document obtained from the former speaker by the EFCC in the court as an  evidence but the defence counsel, O. Akanni, SAN,  objected on the grounds that the document were not certified. This prompted Keyamo to withdraw the document while seeking for time to get all the documents certified.

The judge, Donatus Okorowa, adjourned the case to April 3 for continuation of trial.

The EFCC had arraigned Mr. Bankole on Wednesday, June 8th, 2011, on a 16-count charge of contract inflation and fraudulent embezzlement of public fund.

He filed two separate motions on June 13 and July 26, 2011, asking the court to quash the charges against him on the ground that the proof of evidence did not disclose any shred of criminality against him and on another ground that Mr. Keyamo, the EFCC counsel, should be disqualified from prosecuting the case as he has through his previous antecedents, shown that he was biased and impartial towards the accused person.

But the court, on December 19, 2011, dismissed the two applications filed by Bankole to stop his trial with the judge insisting that there is sufficient evidence placed before the court linking him to the alleged crime.

Count one of the 16-count charge against Bankole reads that, “That you, Dimeji Bankole and others now at large on or about 28th of May, 2008, within the jurisdiction of Federal High court, being body of principal officers of the House of Representatives for the approval of contracts in the House of Representatives, with intent to defraud, did conspire amongst yourselves to inflate the cost of 400 units of 40-inch Samsung [LNS.341] television sets. By approving the purchase of said items at the rate of N525,000 per unit, instead of prevailing market price of N295,000 and thereby committed an offence contrary to Section 58[4][a] of the Public Procurement Act No. 14 of 2007 and punishable under Section 58[5] of the same Act”.