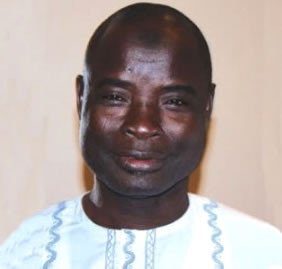 The Police Service Commission on Wednesday announced the dismissal of Zakari Biu from the police. Biu, until Wednesday, was a commissioner of police.

The decision to dismissed Mr. Biu, in whose care Kabiru Sokoto, the suspected bomber said to have masterminded the bombing of St. Theresa Catholic Church, Madala, Niger State in which 42 people were confirmed dead, was taken at the meeting of the Commission which was held in Abuja today.

A statement signed by  Mr. Ferdinand U. Ekpe on behalf of the chairman of the commission, Mr. Parry  Osayande, said the decision to dismiss Mr. Biu was as a result of his culpability in the escape of Sokoto.

The statement also announced the promotion of seven police officers to the rank of deputy inspector general of police.

Here is the statement:

The Police Service Commission during its 26th Plenary Meeting held on the 22nd of February, 2012, and in exercise of its constitutional mandate, deliberated on a wide range of issues.  The meeting which was presided over by Mr. Parry B.O. Osayande, DIG (Rtd), CFR, OFR, NPM. mni, Chairman of the Commission, took far-reaching decisions aimed at repositioning the Nigeria Police Force for effective service delivery to the Nigerian Nation.

The Police Service Commission, after due consideration of the role played by Commissioner of Police, Hassan Zakari Biu, in the escape of the Boko Haram suspect, Kabiru Sokoto, today 22nd February, 2012 approved the dismissal of Mr. Hassan Zakari Biu  from the Nigeria Police Force with effect from February 22, 2012.

3.    Also the Commission approved the appointment of seven (7) Deputy Inspectors General of Police.  They are:

Also the Commission confirmed the promotion of thirteen (13) Commissioners of Police to Assistant Inspectors General of Police.