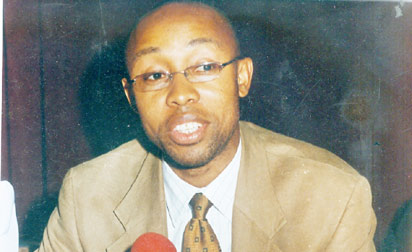 Mr. Odinkalu, whose appointment by President Goodluck Jonathan was confirmed by the Nigerian Senate late last year, declared that he has four bank accounts. Two of the accounts are with Standard Chartered Bank in Nigeria. The first has N94, 000 in it while the other has $11,700 in it.

The other two accounts are in Barclays Bank of the United Kingdom. While one contains £7,752, the other has £4,562. Mr. Odinkalu also has an overdrawn account at the Royal Bank of Scotland.

The assets declared also showed that Mr. Odinkalu has a mortgaged 3-bedroom mid-terrace house in Edmonton, and another 4-bedroom semi-detached house in Lekki, Lagos.

The human rights boss owns two cars, a Toyota RAV 4 which he purchased in 2004, and a Kia Rio purchased in 2005. He also has a personal pension plan, and shares and stocks worth about N3million. A 27kva generator and a 7.5KVA inverter complete Mr. Odinkalu’s asset.

Mr. Odinkalu, who described the over 10,000 books he has in his library as “invaluable,” is the first public official appointed by Mr. Jonathan to publicly declare his assets.

Upon assuming office as President, Mr. Jonathan refused to declare his asset publicly.

A non-governmental organisation, the African Centre for Media and Information Literacy has pledged to challenge the Code of Conduct’s decision in court.