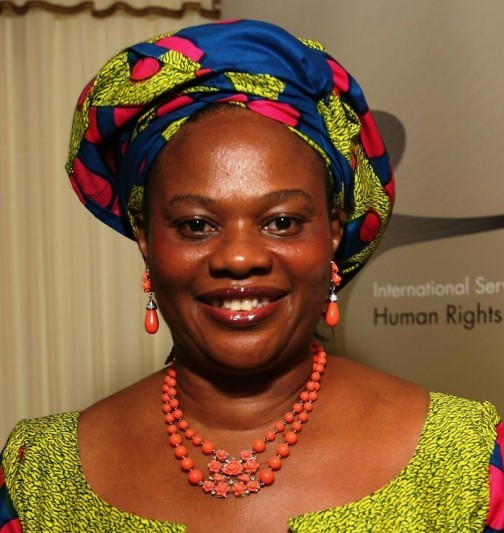 Dora Akunyili of the All Progressive Grand Alliance (APGA) who contested the Anambra Central senatorial seat against Chris Ngige of the Action Congress of Nigeria (ACN) says her lawyers have filed a notice of appeal in response to the judgment of the Elections Petitions Tribunal in Awka which struck out her case on Tuesday.

“My lawyers have filed a notice of appeal because our case is different from the one decided by the Supreme Court. Clearly, the two cases are not the same as our case had already gone on appeal and was therefore being heard as a fresh case,” Mrs. Akunyili said on her Facebook page.

Mrs. Akunyili, who described Tuesday as a day of ‘mixed blessings’ said she would be ‘unrelenting in our quest for justice’.

The Election Petitions Tribunal struck out Mrs. Akunyili’s petition on Tuesday for lack of jurisdiction.

Mrs. Akunyili’s petition, filed on May 17, 2011, challenged the result of the April 2011 polls in which Mr. Ngige was declared winner of the Anambra Central senatorial seat.

Tuesday’s decision of the tribunal was sequel to the February 14 and February 17 judgments of the Supreme Court on the issue of 180 days within which election petitions could be heard.

When the matter was called up, counsel to Mr. Ngige, Emeka Ngige (SAN), urged the court to strike out the case in line with the Supreme Court decision.

“The Supreme Court has made it clear that 180 days for the hearing and determination of petition under the 1999 Constitution cannot be extended even where it is remitted for retrial.

“This brings to fore the provision of the 1999 Constitution which states that the decision of the Supreme Court shall be enforced by all authorities as well as courts with subordinate jurisdiction.

“We will not encourage this court to run foul of that decision,” he said.

While associating himself with the submissions of Mr. Ngige, counsel to INEC, Ositadinma Nnadi (SAN), opined that “where a court lacked jurisdiction, the proper order will be to strike out such petition”.

Mr. Nnadi urged the tribunal to “do the needful as a debt owed to justice”.

However, counsel to Mrs. Akunyili, Obiora Obianwu (SAN), opposed the application, noting that the decision of the Supreme Court did not apply in the present case.

Mr. Obianwu recalled that the tribunal and the Court of Appeal, Enugu, had earlier dismissed a similar application on 180 days, saying that the 1999 Constitution made such decisions final.

“This case must be dealt with on its own peculiarity. At best, the decision of the tribunal and the Appeal Court can be said to have been reached per incuriam,” he argued.

In its ruling, however, the tribunal, led by Justice Onajite Kuejubola, held that the issue of 180 days had finally been laid to rest by the recent decision of the Supreme Court.

“We have taken a careful study of the Supreme Court’s decision and there is no doubt that it had been finally settled. The judgment is clear and we are duty bound to hold in that direction.”

It further held that previous proceedings from the date the petition was returned from the Appeal Court was a nullity, noting that other pending petitions before it were also affected.