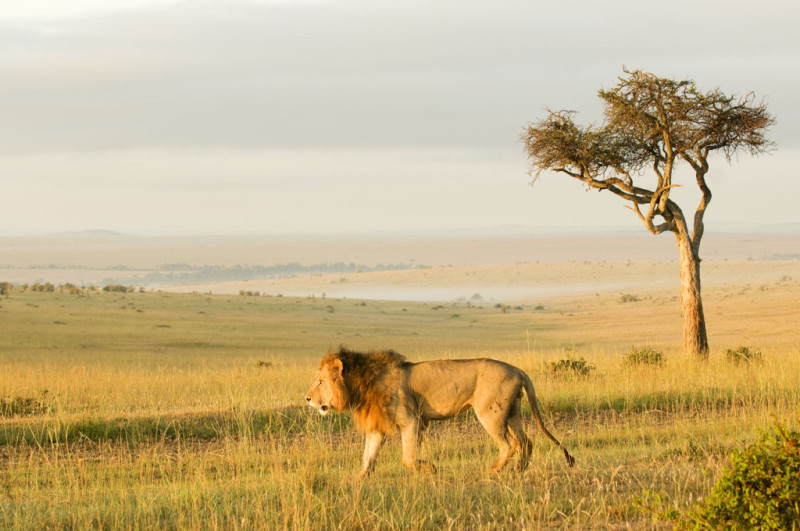 lion in the savannah

Two persons and some 30 domestic animals have been killed by a rampaging lion in the Gulani Local Government Area of Yobe.

The Yobe State Commissioner for Environment, Wakil Sarki, confirmed the incident in a telephone interview with the News Agency of Nigeria (NAN) in Damaturu on Tuesday.

He said that hunters and game specialists in the state’s Ministry for Environment had been mobilised to search for the lion and kill it.

“The matter was reported to us yesterday (Monday) after the animal had killed two people and 30 animals in villages in Gulani Local Government Area.

“We are suspecting that it is now between the border areas of Gulani and Gujba Local Government Areas, we will also solicit for the services of the Joint Taskforce on Security to help us scout for the lion.”

The commissioner assured that the combined team of hunters and officials of the ministry would capture the animal
soon.

“We hope to capture the animal before the end of today,” he stated.

Meanwhile, NAN learnt that the lion, which was suspected to have escaped from Yankari Games Reserve in Bauchi had devoured a cow spotted along the Damaturu/Gujba borders.

Meanwhile villagers in Gulani, Gujba and some areas of Damaturu now live in fear of the beast with most of them restricting their movements.

Serbia to open consulate in Kano