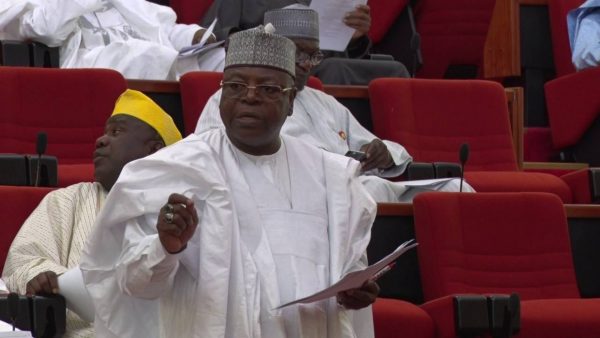 The senator representing Sokoto East, Ibrahim Gobir, on Friday, blamed the police for failing to respond on time to an attack that left 22 persons dead in the state.

The police responded swiftly by dismissing the claim.

The lawmaker also called on the federal government to act to forestall subsequent attacks to prevent “people from taking laws into their hands.”

Mr Gobir said the Wednesday attack, which left many people dead at Sabon Birni Local Government Area, was the deadliest in recent time.

The police spokesperson in Sokoto, Muhammad Sadiq, in a statement said 22 people were killed in the attack, adding that “after a fierce gun duel, the bandits retreated and escaped into the forest with gunshot injuries while one bandit was shot dead.”

But the senator faulted the police claim of responding swiftly to the attack. He said he notified the security officials when the attack was going on.

“I informed the ‘security chief’ available on ground when the attack was taking place, he assured me that they would send their personnel, maybe they didn’t do anything when they arrived the scene,” Mr Gobir said.

“The bandits started unleashing the mayhem around 2:30 p.m. They killed defenceless civilians, maimed and looted herds of livestock. It’s very unfortunate to say we have security agents, this is a tragedy,” Mr Gobir said.

“The government is not taking measures to forestall the recurrent attacks, I didn’t see that because these bandits are stationed in a particular place that is known by everyone.

“If the government cannot deal with them who would do that? Let them station choppers to all the (crime) prone areas

“The life of an ordinary Nigerian has no value. Bandits can invade into people’s (homes) and kill them at will,” the senator said.

“The government has to do something before the people start taking laws into their hands,” the senator warned.

He said “the only difference between the bandits (and) the law-abiding citizens is that the bandits are wielding guns which the citizens if pushed to the wall can also do”.

“If the innocent citizens decide to own guns, no one will approach them. Let the government act, otherwise the people would rise in self-defense. We cannot watch while our people are being killed,” Mr Gobir said.

President Muhammadu Buhari confirmed the killings yesterday and ordered security agencies to go after the bandits in their forest hideouts.

Meanwhile, Mr Sadiq, in a statement, said police operatives were drafted to the scene of the attack adding that one bandit was killed “while many fled with gunshot wounds.”

Below is Mr Sadiq’s unedited statement:

On 01/04/2020 information received from Gangara Police Post posits that large number of armed bandits stormed Gangara village at about 1630hrs on motorbikes.

Upon receipt of information, joint Operation Puff Adder and Military patrol teams were drafted to the scene, efforts were made by the bandits to ambush the response team but were unsuccessful, due to strategic response of the team to the laid ambush.

After a fierce gun duel, the bandits retreated and escaped into the forest with gunshot injuries while one bandit was shot dead.

However, unfortunately, 22 bodies were discovered to have been victims of sporadic shooting embarked upon by the bandits on arrival.

Meanwhile, the *Commissioner of Police Ibrahim Sani Ka’oje psc had since directed investigation led by DC SCID* into the matter.

While commiserating with the families of the deceased, people and Government of Sokoto, the *CP vows to bring perpetrators of this dastardly act to book* and solicits stronger community partnership in policing the state.

Coronavirus Lockdown: Over 600 motorcycles confiscated in one week- Police