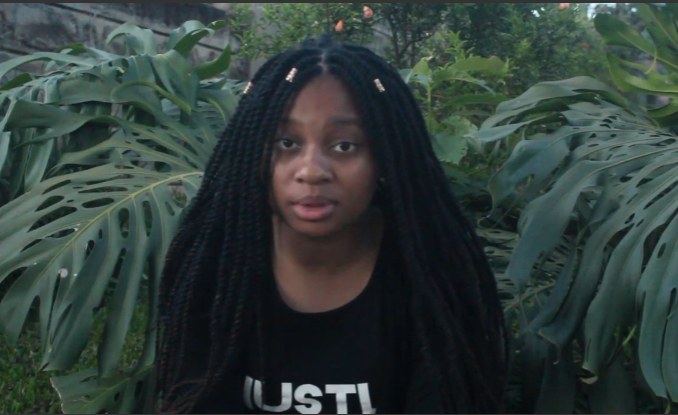 How scramble for resources fuels conflict across Africa

Nairobi — She may not be from central Africa, but 17-year-old Makenna Muigai would like African leaders to rally their political muscle to save the endangered Congo Basin – for a good reason.

As the world’s second largest rain forest supports over 80 million people in the region, the young Kenyan climate activist is concerned that the scramble for its resources is one of the leading causes of conflicts in central and eastern Africa.

Fellow climate activist Vanessa Nakate from Uganda highlighted the devastating fires in the Congo Basin with her one-person protests on the streets of Kampala started in early 2019. Nakate’s demonstrations have led to her attending UN Climate Change Conference (COP25) and the World Economic Forum’s annual meeting, and her Rise Up Movement spread to several countries on the continent. She no longer protests alone.

Muigai says the pressures facing the Congo Basin are worsened by climate change and corruption, even as the World Resources Institute reported in 2019 that its continued disappearance could exacerbate insecurity over fresh water and food supplies among the most vulnerable populations.

“There are many conflicts that could arise from climate change and when we do not take care of our environment. There could be higher rates of death, higher chances of getting ill and worsening food insecurity due to unforeseen calamities like the locust invasion in eastern Africa,” said Muigai.

That could upset Africa’s economic transition and increase tensions among communities faced with diminishing resources like water, food, and healthcare, said Gita Gopinath, the chief economist at International Monetary Fund, during a February presentation in Nairobi.

While much growth in Africa will be posted by energy economies as the continent transits into the new decade, African countries locked in conflicts over resources risk slowing down their economic engine, which is currently growing at a rate of between 2.3 and 3.5 percent, Gopinath said.

“There are no simple answers on how Africa can build cohesive and peaceful institutions when there is much reliance on natural resources,” said Gopinath.

But governments and the public can start by taking the little steps that boost peacebuilding, like weeding out corruption, xenophobia, and promoting environmental protection, says Muigai, who has been a climate activist for over a year.

For instance, the Grade 11 student at Aga Khan Academy in Nairobi stopped eating beef when research she was conducting for a school project indicated that the beef industry is a large contributor towards greenhouse gas emissions and deforestation in some areas in the world.

Her insights echo SDG Goal 16, a section of which states that “peace, stability, human rights and effective governance based on the rule of law are important conduits for sustainable development”, which goes on to state that “high levels of armed violence and insecurity have a destructive impact on a country’s development, affecting economic growth and often resulting in long standing grievances among communities that can last for generations”.

Those generations could represent young climate change activists like Muigai. And the young activists have the support of veteran musicians like Nairobi-based Kombo Chokwe Burns who signs about the importance of good governance and environmental protection.

When he started singing, producing, arranging and writing music more than a decade ago, he knew that the line about armed violence and insecurity would inform the need for peaceful foundations in the continent.

Curious, Burns set out to find out what are some of the causes of conflict, especially among the youth, in Africa.

In 2013, he travelled to Somalia his group Afro Simba to perform for a peace festival, meant to help the youth there understand that violence is not good for African societies.

While there, he found out that lack of education, religious radicalism, poor leadership, corruption and decaying moral values were some of the leading causes of conflict among the young generation in the continent.

For instance, he said, when our leaders get into positions of power, they forget their responsibilities to the society and only want to acquire wealth for themselves through corruption.

Feeling that growth opportunities have been denied to them unfairly, the young generation will put aside moral values and follow the examples of their leaders, hence falling into the trap of radicalization, said Burns.

“How do we nurture the generation that is coming? They know you need to steal and make quick money for people to love you. They will do that and tell you they are doing it because people in government also steal,” says Kombo.

Still, communities, especially those living in rural areas are forced to fight over resources because climate change has worsened livelihoods already struggling to come out of the poverty grip, says Muigai.

“People care a lot about money instead of what the future generation is going to have. We need policies both at the school and government level. We should understand that even little efforts collectively could create a big change in terms of building peace in Africa.”

These little efforts, especially the ones that mitigate the impacts of climate change, seem to be working where they have been established in some African countries, according to Arif Neky, Senior Advisor for UN Strategic Partnerships and Coordinator of the SDG Partnership Platform (SDGPP) in Kenya.

For instance, his office, working with leaders and other partners has created a cross border integrated programme between Kenya and Ethiopia which has so far shown great promise of reducing conflict over water and pasture.

Around the Karamojong area, the office has also persuaded the Kenya and Uganda heads of states to sign a cross border programme aimed at peace building, promoting livelihoods and economic growth opportunities, says Neky.

According to him, the cross-border programmes aim to provide a stimulus for development, identify water and land management opportunities; identify opportunities for strengthening peace committees and community engagement between neighboring countries.

But Mulat Demeke, senior policy officer at the Food and Agriculture Organization of the United Nations, is not convinced that cross-border programmes alone can help Africa achieve its peacebuilding agenda.

Instead, he says, African governments should invest more in agriculture to boost the continent’s food security basket by allocating 10 percent of their budgets to the agricultural sector as required by the Malabo Declaration.

According to Demeke, for every US dollar invested in agriculture, it can yield more than three of them to the GDP. This translates to about 63 percent of returns in agriculture every year.

However, only Rwanda has crossed the halfway mark of the Malabo target with a 6.1 score, according to the 2017 Malabo Biennial report, which was released in January 2018.

“A healthy nation is a peaceful nation. African governments can help build peaceful coexistent among their people by investing more in agriculture,” says Demeke.

According to data posted by the World Bank in 2018, violent conflict adversely affects a country’s economic progress and costs growing economies like Africa between 2.0 percent and 8.4 percent loss in annual GDP.

By 2016, the World Bank says, the cost of maintaining peacekeeping missions in the field cost almost US$ 8 billion every year.

Still, development aid spent in donor countries on refugees doubled between 2014 and 2015, and increased six fold since 2010.

Muigai says that the average person in Africa does care about the environment and climate change. But there could be many reasons why they do not take action, like perhaps, not knowing much about the subject.

But that should not be an excuse not to take action because Africa is at the forefront of the negative impacts of climate change, and will greatly impact the whole continent, the 17-year-old climate activist says.

“Since I became a climate change activist I have realized that the small things I do have a big impact at the end of the day. I would want young people to crave the knowledge about climate change because it will greatly impact our future,” said Muigai.

What’s the difference between pandemic, epidemic and outbreak?