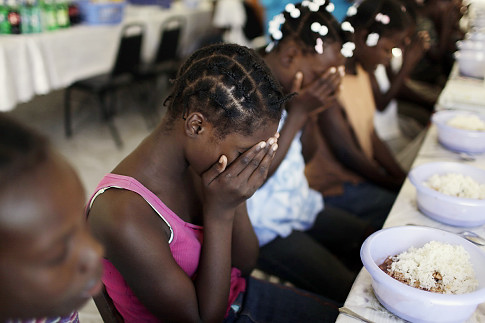 The Ogun command of the Nigeria Immigration Service (NIS) on Thursday said it had taken into custody nine Togolese children at the Nigerian border.

The command’s Comptroller, Greene Anike’Nwewze, made this known in Abeokuta at a news conference in Abeokuta. He said the children were intercepted on Wednesday night at the Ilara-Alagbe border in Ogun, adding that they were all from Togo and aged between two and 21 years. “The children were being transported to Nigeria by one Akuvi Djayiko with the aim of taking them to Abuja where they would be used as house helps,’’ he said. The suspected trafficker, he said, would be handed over to the National Agency for the Prohibition of Traffic in Persons and other Related Matters (NAPTIP).

He also said the children would be handed over to NAPTIP for rehabilitation and possible repatriation.

The comptroller expressed satisfaction with the achievements recorded by the command in the area of eradicating child labour and trafficking in Ogun.

A female NAPTIP official, who took over the custody of the children and the suspect, said the children would be adequately catered for.

The official, who did not want to be named, told newsmen that the suspect would be charged to court while the children would be rehabilitated.

“I can assure you that they will be well looked after, but they are not supposed to be here for more than two weeks.

“But if we need them to testify against the accused person in court, then we may have to keep them a little longer.

“They will be handed over to their embassy when we are done with them,’’ he said.