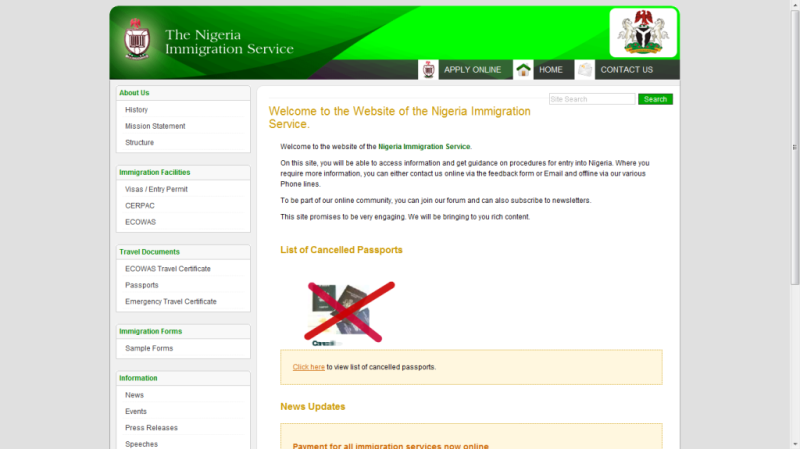 The Nigerian Immigration Service (NIS) says that hoodlums have broken in and stolen 6 e-passports from their Damaturu office.

Rose Uzoma, the Comptroller-General, NIS, announced the loss of six e-passports by the agency.

A statement by Mohammed Musa, a Superintendent of Immigration, in Abuja on Thursday said the passports were found missing after the vandalism of Damaturu Passport Office by members of the Boko Haram sect.

The statement warned that any person found in possession of the e-passports numbers would be apprehended and prosecuted. It also advised those interested in acquiring e-passports to visit any of the agency’s passport offices in any state.