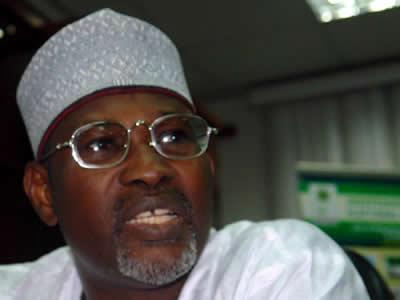 INEC to proceed with Bayelsa election despite court order

The Bayelsa governorship polls will hold on Saturday as planned despite a court position ordering a reschedule, the Independent National Electoral Commission (INEC) has said.

The electoral body said it was officially unaware of a court order restraining the conduct of the election, in a move that is certain to further heighten the controversies that have marked the run-up to the Bayelsa polls.

The party said INEC had given the political parties 12 days’ notice for the polls, against the mandatory 90 days required by the Electoral Act. Its lawyers argued that pressing on with elections on February 11 will violate the law.

But in a statement late Friday, INEC said it was yet to be served with the position of the court and as such it will forge ahead with the polls as scheduled for Saturday.

“INEC wishes to make clear that as at today, Friday, February 10, 2012, it has not been served with the said orders,” the electoral body said in a statement signed by Kayode Idowu, spokesperson for the chairman, Attahiru Jega.

“By all means, the Commission is law-abiding by character. But it cannot act on orders of the Court that it has not been served,” the statement added.

The commission had been summoned by the court to appear on Friday to defend why the commission should proceed with the election based on the argument of the ARP.

Separately, the Judge, Donatus Okorowo, ordered the electoral body to include Dumbo Hink of the African Liberation Party (ALP) on its list of candidates for the election that has been hallmarked by multiple legal crises.

Meanwhile, another suit filed by the immediate past governor, Mr. Sylva, contesting his disqualification from the People’s Democratic Party’s primaries, has yet to be cleared. Mr. Sylva’s candidacy was nullified to ease the way for Henry Dickson, who is backed by President Goodluck Jonathan.

On Thursday, the All Nigeria Peoples Party (ANPP) also urged INEC to postpone the Bayelsa polls.

The party’s national chairman, Ogbonnaya Onu, said the postponement was necessary to enable the party and the candidate prepare for the election.

But INEC said preparations for the election had been concluded and there will be no shift in the date.

“The accreditation of registered voters will begin at 8a.m. in Polling Units across the state as planned, while all persons accredited are required to queue up at 12 noon for the commencement of voting at 12.30 p.m.”

How we tracked Kabiru Sokoto down, by SSS