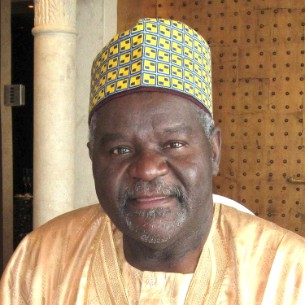 Former Vice President Atiku Abubakar has said the death of Abdulkadir Dantata, Chairman of Dantata and Sawoe, is a major blow to Nigeria’s local construction companies at a time they were trying to assert themselves side by side with international construction giants.

In a condolence message released by his media office in Abuja, the former Vice President noted that, under the leadership of the late Mr. Dantata, the company was able to compete side by side with construction giants such as Julius Berger, Lorgiani, RCC, Styre and other foreign companies.

According to Mr. Abubakar, the late Mr. Dantata led his company to reckoning through sheer determination, hard work and vision.

He said the late man’s tenacity had made his company to win the trust of the government and was as result, contracted to execute major public projects including the Abuja Airport Road, the AYA fly-over and some other projects.

Apart from his enormous contributions to Nigeria’s construction industry, the former Vice President also extolled Mr. Dantata’s commitment to philanthropy, which spanned several years of his life on earth.

Mr. Abubakar prayed God to forgive the soul of the deceased and grant his family the fortitude to bear the loss of a man he describes as one of Africa’s longest known businessmen.