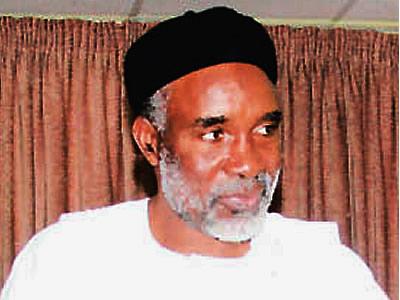 Governor Murtala Nyako of Adamawa state has taken the oath of office for the third time, promising a new dawn of transformation of the state.

Mr. Nyako, who was sworn in Wednesday together with his deputy, Bala Ngillari, by the acting Chief Judge of the state, Justice Bartimaus Lawi, at the Ribadu square, Yola where a large crowd had gathered said he also planned a “social transformation” program for the state, within the context of President Jonathan’s transformation agenda for the country.

Mr. Nyako, who said a new dawn beckoned, promised to come up soon with an “appropriate social transformation program” for the state, cutting across all the local government areas of the state.

He promised also to make every effort to improve the welfare and social cohesion of the people of the state.

“I solemnly pledge to discharge the enormous responsibility you have entrusted in me carefully and diligently for the greater good of all our people without exception,” Mr. Nyako said in his address, adding that his administration will be “all inclusive and truly people oriented.

He further claimed that his victory at the polls came from God.

However, Mr Nyako, who reclaimed his seat as governor of Adamawa with perhaps the stiffest challenge in that election from Markus Gundiri of the Action Congress of Nigeria (ACN) and Buba Marwa governorship candidate of the Congress for Progressive Change (CPC), called on his opponents to join hands with him to build a great state.

He urged them to put aside their “bitterness” as there is no genuine democracy without a healthy competition.

Noting that politicking was a permanent feature of democratic process, he pointed out that after elections, the “task falls on all of us to build a great state of envy in a Nigerian federation”.

He saluted his opponents, paying glowing tribute to them for running “a guileless and violent free” campaigns. He said that both men displayed their love for the state by “their directive to their supporters to eschew acts of violence” during the Elections.

Umaru Ahmed Fintiri, the acting governor of the state, in his address said his administration surmounted the numerous daunting challenges confronting the state to conduct an election which has been widely adjudged to be free and fair. Noting that with Mr. Nyako’s emergence as the winner of the elections, “it should leave no one in doubt that he is indeed the people’s choice”.