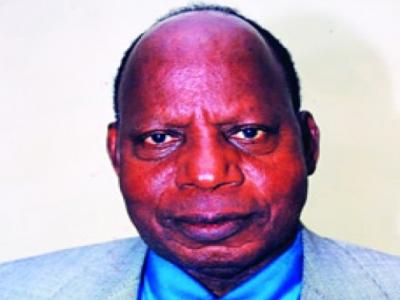 In a statement by his media office in Abuja, Atiku described Mbu as “a fine gentleman who left a pioneering imprint in every national assignment he undertook, be it as a member of parliament, or in his long years in the foreign service”, pointing out that Aluko, on the other hand, “espoused a model of pro-people economist in every public position he took.”

Senate President, David Mark, described Aluko’s death as a “colossal loss to Nigeria,” saying the renowned economist, was “a man of many parts – a teacher, politician, principled scholar and patriot.

“Professor Aluko would be remembered for his constructive criticisms of government fiscal policies as well as his fearless standpoint on economic issues,” Mr. Mark said in a statement by his Special Adviser, Media & Publicity, Kola Ologbondiyan.

For Mbu’s son-in-law, Essien Nkang, who is the Chief Executive of EniDee Global Services Limited, an Abuja-based energy consultancy firm, Nigerians would miss the wise counsels of a great patriot, a man who was very passionate about Project Nigeria.

“As Nigerians, we would miss his wise counsels. Nigeria needs people like that who would always give objective opinion on what is going on in the country. He was not only criticizing always, but he offered alternatives on the way forward. Till he died, he was still passionate about the handing over of Bakassi Peninsula to Cameroun.

“He believed Nigeria did not do well in the handling of the issue, and that it still has an opportunity to seek a redress over the matter at the International Court at the Hague and demand a review of whatever had transpired in Gowon’s days. Till he died, Nigeria did not that opportunity.”

Mr. Abubakar said Mr. Mbu’s tenure as the federal minister of labour had remained a reference point of labour/government relations in the country, adding that he gave 50 of the 82 years he spent on earth to the service of his country and mankind.

“There is no doubt that the late Mbu lived a life worthy of emulation by every young Nigerian, as a man who gave himself to serving the country at the youthful age of 22, as member of the parliament from 1952 to 1955, and also as the youngest cabinet member in the government of late Sir Tafawa Balewa.

Similarly, the former vice president noted that throughout Mr. Mbu’s years of service both in the executive and legislative arms of government, the Nigerian masses remained the center-piece of his public policy positions.

President Goodluck Jonathan had earlier described Mr. Mbu as “a nationalist, elder statesman, a globalist, and a true diplomat, who lived an exemplary life of service to Nigeria.

“He was an icon of the legal profession and the Diplomatic Corps, who served Nigeria selflessly as a Minister and Nigeria’s High Commissioner to the United Kingdom and in several other capacities,” the President said in a statement by his Spokesman, Reuben Abati.

“Many will remember the late Dr. Matthew Mbu for his many diplomatic assignments, but I remember him for his calm disposition and mature contributions which helped Nigeria through difficult times between 1967 and 1970 and then again in 1993 during the June 12 political crisis when he served Nigeria as Minister for Foreign Affairs.

“His death is a great loss not only to the Mbu family of Boki in Cross River State, his immediate family and his extended political family, but an irreplaceable loss to Nigeria as a nation,” he said

It was gathered that the Catholic Church in Boki, where he was a Knight, is currently consulting with the community for suitable burial date.