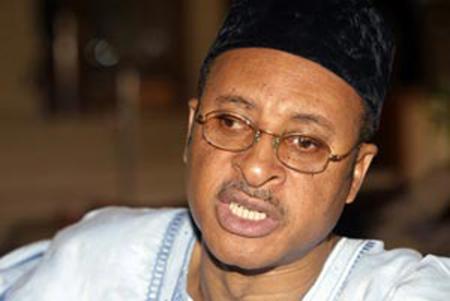 Pat Utomi: I encourage all opposition parties to join the ACN. As far as I’m concerned, Nigeria should run a PDP-ACN political party structure

Some eminent Nigerians have prescribed the convening of a sovereign national conference as the only way to ensure that Nigeria continues to exist as one entity.

At a forum organized in Lagos by the National Summit Group, Monday, participants were unanimous that a sovereign national conference – where the almost 500 ethnic groups and languages will sit down and discuss the terms of existence in Nigeria – is the way out of the current political and economic impasse.

While there was a loud absence of Sanusi Lamido Sanusi, the Central Bank of Nigeria governor, and Ngozi Okonjo-Iweala, the Finance Minister who also doubles as the coordinating Minister of the nation’s economy; there was a heavy presence of armed police officers as well as the police anti-bomb squad.

Though the duo were earlier scheduled to be a part of the forum; their names were left out when Tony Uranta, the secretary of the National Summit Group, called out names like Wole Soyinka; Adamu Ciroma; Maitama Sule; Nnaemeka Achebe, the Obi of Onitsha; and others whom he told the gathering were “unavoidably absent.”

“Unlike what has been raised in some quarters, this is not a government initiative,” said Mr. Uranta.

“This is an initiative borne out of the desire to see the government restructuring the polity,” he added.

Mr. Uranta said that he hoped that the gathering “will be the seed that will eventually lead to a national conference.”

“However, unlike the national conference which will go the whole gamut of political and economic life, this would focus on the issues of deregulation, a cashless economy, and the security of Nigeria,” said Mr. Uranta.

The absence of Messrs Okonjo-Iweala and Sanusi meant that the twin issues of deregulation and cashless economy had to be dropped from the discussion.

The spotlight was, therefore, beamed on the security of citizens in Nigeria.

The differences in their backgrounds notwithstanding, the speakers were united in their call for a national conference as a panacea to the nation’s woes.

“We are here to ensure that Nigeria remains one,” said Professor Ben Nwabueze, lawyer and former Secretary-General of Ohaneze Ndigbo, a pan Igbo group.

“There is only one solution – a national conference. We must all sit together at one table and discuss the terms on which we would live together as one country,” Mr. Nwabueze added.

The older politicians and elder statesmen also took turns to relive the pre-independence as well as the first and second republics era when Nigeria, according to them, had responsible leaders.

“Nigeria is on the verge of becoming a failed state in almost every respect,” noted Balarabe Musa, governor of Kaduna State during the Second Republic.

“If the leaders we had during the colonial times and first republic had remained, we won’t be where we are now,” Mr. Musa added.

Most of the over 30 speakers at the event also used the opportunity to express their disappointments with recent events in the country.

Economist and former presidential aspirant, Olu Falae, blamed the military for “throwing away our political convenant.”

Former chairman of the Peoples Democratic Party (PDP) ,Audu Ogbeh, wondered “what it was that turned our engine so low.”

Prominent Ijaw leader, Edwin Clark, berated Lagosians for “demonstrating against military occupation in Lagos when there had been soldiers all over Warri, Yenagoa and in the north.”

Activist Femi Falana said that the National Aseembly were opposed to any kind of conference that would “stop their jumbo allowances.”

The gathering became more animated when a visibly agitated Ankyo Briggs, a Niger Deltan, labelled all the state governors with the exception of those from the Niger Delta states as “lazy.”

“I was not happy by Sanusi (CBN governor)’s comments about people killing themselves because of derivation. What does his state bring?”

“I’m highly offended when people say ‘our oil’. But when it is devastation, pollution, it is not our own. Every state has its own resources” said Ms. Briggs, who is half Nigerian half British.

“I want one Nigeria but not at the expense of the lives of my people.”

The animation went a notch higher when John Kolawole, representing the Trade Union Congress (TUC), said that every body who had been in government was corrupt.

“We have leaders here who were in government. Can they say they have never been corrupt before?”

Heavy murmurings ensued with Mr. Falae raising his hand and standing up to say he was not corrupt.

“Okay, I agree that there are people who are not corrupt but they are in the minority,” he said.

Former Akwa Ibom State governor, Victor Attah, made it clear to the TUC representative that he was offended by his comment.

“I can say that I spent eight years as governor, I have never been invited by the EFCC,” said a visibly charged Mr. Attah.

Yakubu Alkali, the Lagos State Commisioner of Police, received the highest ovation when he talked about corruption and said that everybody in the room was a “suspect.”

“The worst human being today in Nigeria is a police officer. But it is not true, country begets the police it has…,” said Mr. Alkali, who emphasized that he was speaking not as a police officer but as a Nigerian.

“Nigerians are not bad people, only problem is we don’t allow the good people to spring up,” added the police commissioner, who also challenged all the leaders who were present and in whose states he had served as a police commissioner to say if he had collected bribes from them.

“In my past 30 years plus in the police, I’ve never collected a dime from anybody.”

The summit is expected to end Tuesday, February 7th.