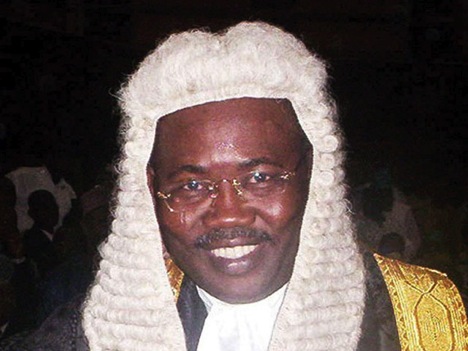 Last Monday’s decision by Attahiru Jega, chairman of the Independent National Electoral Commission (INEC), ordering the immediate swearing-in of Idris Wada as Kogi State governor was influenced by the Presidency, a Premium Times investigation has revealed.

Mr. Jega’s show of support for PDP’s position on the Kogi governorship entanglement was enlisted after Mohammed Adoke, the Attorney General of the Federation (AGF) and Minister of Justice, declined overtures from the presidency to rescind his earlier decision on the issue.

Mr. Adoke’s earlier interpretation of the Supreme Court judgment, on which basis he directed state governors to take charge of the state, oclearly conflicted with the interests of the People’s Democratic Party (PDP) which was in a hurry to take control of the state.

Premium Times learnt after Abdullahi Bello, the speaker of Kogi State House of Assembly, was sworn in by the state’s chief judge as acting governor following Mr. Adoke’s blanket directive, the AGF came under intense pressure to rescind his orders, at least on Kogi.

Sources familiar with the matter, who spoke in confidence with Premium Times, said the state and national leadership of the PDP pressures on President Jonathan to compel the attorney general to rescind his directive to attorney generals across the five states after an earlier Supreme Court judgment sacked their governors.

“The AGF opted to quit,” one of our sources said.

“He said he would never rescind because it would amount to professional suicide.”

Mr. Adoke could not be reached to comment on this story. Calls to his telephones in the past one week failed to connect.

The Supreme Court ruling sacking the five governors did not make any consequential order, and was subsequently subjected to varying interpretations.

Kogi presented a delicate situation. Shortly before the ruling, Idris Wada was elected governor on December 3, 2011 and was waiting for the sacked governor’s tenure to elapse in March.

Following the sacked governor’s abrupt removal, he sought to be sworn-in but the Chief Judge of the state, Nasiru Ajana, declined, asking for time to study the Supreme Court ruling.

The outgoing governor, Ibrahim Idris, called in the President of the state’s Customary Court of Appeal who administered oath on Idris Wada.

Hours later, the Chief Justice of the state, Justice Ajana, backed by the directive of the AGF, swore in the speaker as acting governor. Mr. Wada refused to quit.

Following the failure of the presidency to get the AGF to vacate his directives on who reigns as governor in Kogi State, the decision was taken to co-opt Mr. Jega in some compliant strategy later described as “INEC’s timely intervention” by the party.

In a decision some have described as “political sommersault” by Mr. Jega, the INEC boss ordered on Monday that Mr. Wada be sworn in “immediately” as Kogi governor, arguing that his election had been concluded.

Kayode Idowu, INEC’s spokesperson, declined to react to the allegations against his boss. Calls to his phone were neither answered nor returned. He also did not respond to text messages.

“The Supreme Court was very clear on who should be sworn in,” Mr. Akeredolu said.

“INEC should have gone back to court to seek clarification as to what should happen to the elections and primaries conducted before and after May 29, 2011. It is not for INEC to have come up with a contrary decision. That is very contemptuous of INEC.”

He said the INEC’s action was illegal because it assumed judicial powers by ordering Mr. Wada to be sworn in.

Aggrieved by Mr. Wada’s manner of assumption of office,  Oyebode Makinde, a PDP governorship aspirant has filed a suit asking an Abuja Federal High Court to quash the swearing-in of Mr. Wada as governor.

However, the PDP insists swearing-in Mr. Wada was the right and legal thing to do.

US Issues a veiled warning to Israel on Iran