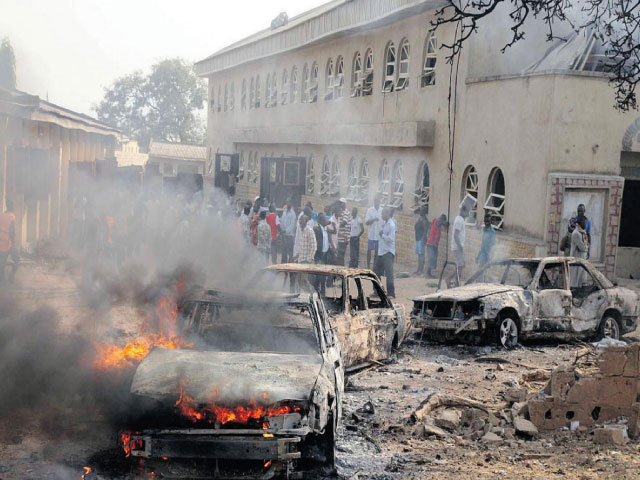 Eighteen unclaimed corpses from the Christmas Day bombing in Madalla, Niger State, have been buried in a mass grave. The director general of the state’s emergency management agency, Mohammed Shaba, said the bodies were beginning to rot after no relatives came forward to claim them.

He said the state government had made frantic search for relations of the victims, so it could pay out the one million Naira it had set aside for each of the victims of the carnage as a token relief.

“We have paid N27 million out to the families of the victims, whose relations had been verified, after thorough investigation by the church and the state government, to avoid fraudsters cashing in on the situation for their personal gains.

“However, we are yet to verify any relations of these categories of the deceased persons, who were not members of the church but passersby killed by the bomb blast,” he said.

Mr. Shaba appealed to the relations of the victims to come forward for screening by the relevant committee before the money is released to them.

He said the state government had expended over N10 million on the treatment of the 84 victims currently receiving treatment in various hospitals in the state and the Federal Capital Territory.

Pray for corruption too

During the mass burial of the bomb victims at the St Theresa Catholic Church, Madalla, the former president of the Christian Association of Nigeria (CAN), John Onaiyekon, urged Nigerians not only to pray against terrorism but also against corruption which has destroyed every facet of our society.

He praised the unprecedented crowd that had gathered in the church for sparing the time to honor those that met their untimely death in a bomb blast that claimed over 40 lives.

“We have come together today to bury those whose mortal bodies were identified and the deceased are supposed to be listed as martyrs”.

In his speech, the Reverend Father of the Church, Issac Achi, thanked government, groups and individuals that stood by them at the trying moment.

In response, Mr. Shaba said the state government would continue to pay for their treatment and also provide N250, 000 each to the 84 injured persons to serve as succour to them.

“The money we are giving out is not compensation but a token relief for them.

Mr. Shaba said the state government had donated N5 million to the churches whose property was affected by the blast and appealed to the National Emergency Management Agency to fulfill its pledge to repair the damaged structures.