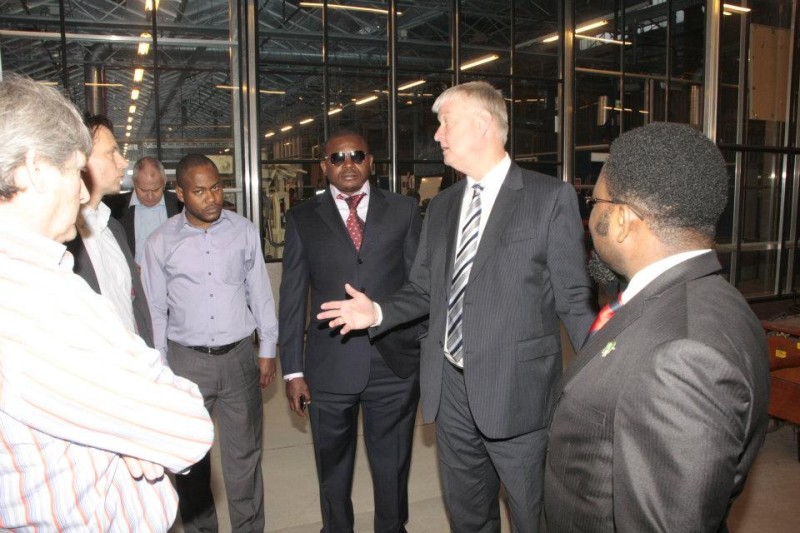 As part of his visits, Boyloaf recently led a delegation to Rotterdam to inspect proposed venues for the training of former militants.

According to African Energy Intelligence, Boyloaf arrived in Rotterdam late January and has already visited Albelda College where government plans to train dozens of militants.

The training programme is part of the amnesty programme put in place by the Federal Government.

The programme, which began in 2009 under late President Umaru Yar’Adua allows for the training of former militants in the Niger Delta in various crafts relevant to the oil and gas industry.

The amnesty program is at present being coordinated by Kingsley Kuku, the special assistant to President Goodluck Jonathan on Niger Delta affairs.

It is unclear why Boyloaf, who has no known professional qualifications, is leading presidential delegations on such visits; but sources say this is not the first time Mr. Ebikabowei would embark on such trip.

As a leader of a federal government delegation, not only does Boyloaf get estacodes and first class hotel reservations, he is also entitled to aides who accompany him on such trips.

Mr. Kuku could not be reached for comments while Presidential spokesman, Reuben Abati, did not return calls or respond to text messages sent to his telephone.

When contacted, Henry Ugbolue, spokesperson for the amnesty office confirmed that many of the inspection trips were sponsored from the department, which is domiciled in the presidency.

“All the former militant leaders are stakeholders, they are entitled to these inspections,” Mr. Ugbolue said.

When asked what qualification the militant leaders have to embark on such inspection visits, Mr. Ugbolue responded that “because they stakeholders, the boys are their boys.”

He explained that the militant leaders were playing a major part in the training of militants and the success of the amnesty program saying “that is why from day one when government developed the template they involved the leaders and called them stakeholders.”

Boyloaf is not the only militant making money from government activities. The militants’ influence within the corridors of power can be seen at the Transcorp Hilton hotel in Abuja where some of them have permanent suites to themselves. The hotel, used by top government fuctionaries, diplomats and (international) businessmen, is one of the most expensive in Nigeria.

A report by NEXT Newspapers last year showed how another militant, Government Ekpemukpolo aka Tompolo was virtually handed control of a government agency, the Nigerian Maritime Safety and Administration Agency (NIMASA).

Full Supreme Court judgment on the sack of five Governors