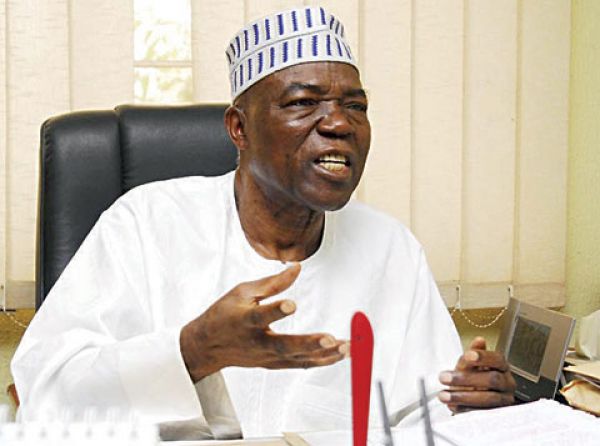 90 per cent of Boko Haram victims are northerners, says ACF

The Arewa Consultative Forum (ACF) has disclosed that more than 90 per cent of persons killed by the Boko Haram sect in are citizens of northern extraction.

The Chairman of the National Executive Council (NEC) of the ACF, Aliko Mohammed, who stated this at a press conference in Kaduna Wednesday, said that the terrorist group was more of an enemy to the north than the people of the south and the rest of Nigerians.

Mr. Mohammed further claimed that Boko Haram had given no notifications for Southerners to leave the North but that the calls had actually emanated from the South where he says Northerners were asked to leave. He added that he was not holding brief for Boko Haram.

The ACF declined to comment on the death sentence passed on the former Chief Security Officer (CSO) to the late Sani Abacha,  Hamza Al-Mustapha, by a Federal High Court in Lagos.

“Since Al-Mustapha has filed an appeal, it is a wrong time for ACF to make any comment now,” he said.

In a statement, the ACF advised the Federal and State Governments to demonstrate fairness and justice in dealing with issues of insecurity and infringment of the laws.

It also urged the leaders and members of Boko Haram to realize that no religious doctrine permits the killing of innocent lives.

“It is important to point out to them that they are inflicting terror, death and destruction upon people not in anyway responsible for whatever injustice they beleive have been done to them,” Mr. Mohammed said.

While admitting that the actions of Boko Haram are condemnable, the Forum requested the Federal Government and all political leaders as well as all those in positions of authority to study the United Nations resolution 1963 of 2010 which urges governments around the world to address underlying causes of civil unrest and social conflicts rather than resort to military confrontation, which rarely solve them.

“Government should continue to persevere and uncover the true identity of these people, to be able to determine their demands or grievances and address those that may be genuine and in accordance with our laws.

“ACF notes with great concerns some serious allegations peddled by certain people to the effect that some people from other sections of the country were conspiring to cause high level of insecurity across the country with the clear intention of making the country ungovernable.

“Some of these allegations go as far as saying that there are plots to assassinate the president. They also alleged that southerners were not only being killed but that their attempts to flee the north were being blocked by notherners. Considering the gravity of the allegations bordering on treason, the forum calls on the governmnet , as a matter of urgency , to investigate all the allegations.

“The ACF reviewed the recurring calls for a national conference , and of even  defining the terms of our union.The forum concluded that the terms of our National Union and those by which the Nigerian Federation are run have been well defined in our constitution.’.

“However, for the avoidance of doubt, it should be made clear that the North remains open to, and will be keen to discuss any ideas that may place Nigeria in a better position to meet the challenges of nation building and secure a better future for this and succeeding generations of Nigerians.

“ACF notes the well advised changes made in the Nigeria Police for better service. However, in view of the widespread ineffectiveness with which current security challenges are being tackled , the Forum calls on the government to extend similar re-organization to all other security agencies , especially the intelligence community. We call on the government to be more proactive , more decisive and engage in less lamentations,’ the statement said.

Companies that benefited from fuel subsidy trillions paid no tax