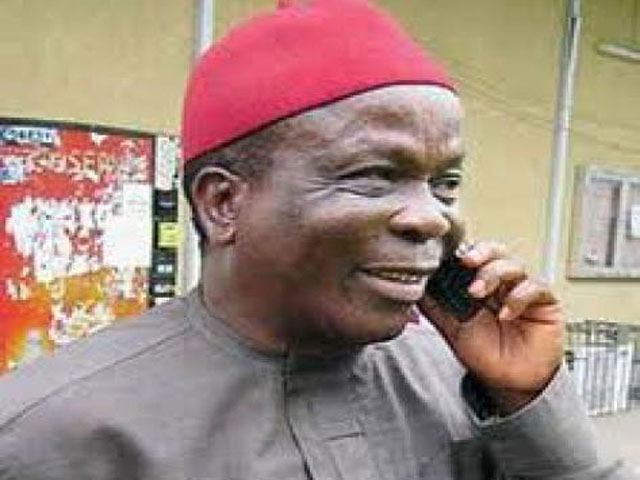 The National President of the Academic Staff Union of Universities (ASUU), Ukachuckwu Awuzie, on Wednesday in Abuja announced the suspension of its two-month long nationwide strike.

ASUU has been engaged in an elaborate discussions with representatives of the federal government and says it reached the resolution to call off the industrial action after consultations with the various union branches across the country.

“ASUU NEC after collating the advice from members across the country, and having deliberated extensively, resolved to suspend the strike with effect from Thursday 2nd February 2012,” Mr. Awuzie said.

The ASUU president says the contentious issues in the 2009 agreement will be carried through on the part of the federal government.

The issues are: funding, assistance to state universities, progressive increase of annual budgetary allocation to education to 26 percent between 2009 to 2020, earned academic allowances and amendment of the pension/ retirement age on the professorial cadre from 65 to 70 years.

The establishment of a pension fund administrator, restatement of the University governing councils, transfer of landed property to the Universities, setting up research and development units by companies operating in Nigeria, and the setting up of a budget monitoring committee, and the expansion of the implementation monitoring committee make up part of the issues of contention which have now been resolved by the government, Mr. Awuzie said.

“Government reaffirms its commitment to the revitalization of Nigerian Universities through budgetary and non-budgetary sources of funds. Government will immediately stimulate the process with the sum of one hundred billion naira and will build this up to a yearly sum of N400 billion naira in the next three (3) years.

“The State Universities shall continue to enjoy special and other statutory interventions. Progressive Increase of Annual Budgetary Allocation to Education to 26 percent between 2009 and 2020.”

Mr. Awuzie also disclosed that further talks will be held on the Earned Academic Allowances. The Implementation Monitoring Committee (IMC) has a sixty day period to submit a report which will include practical and sustainable ways of paying the allowances.