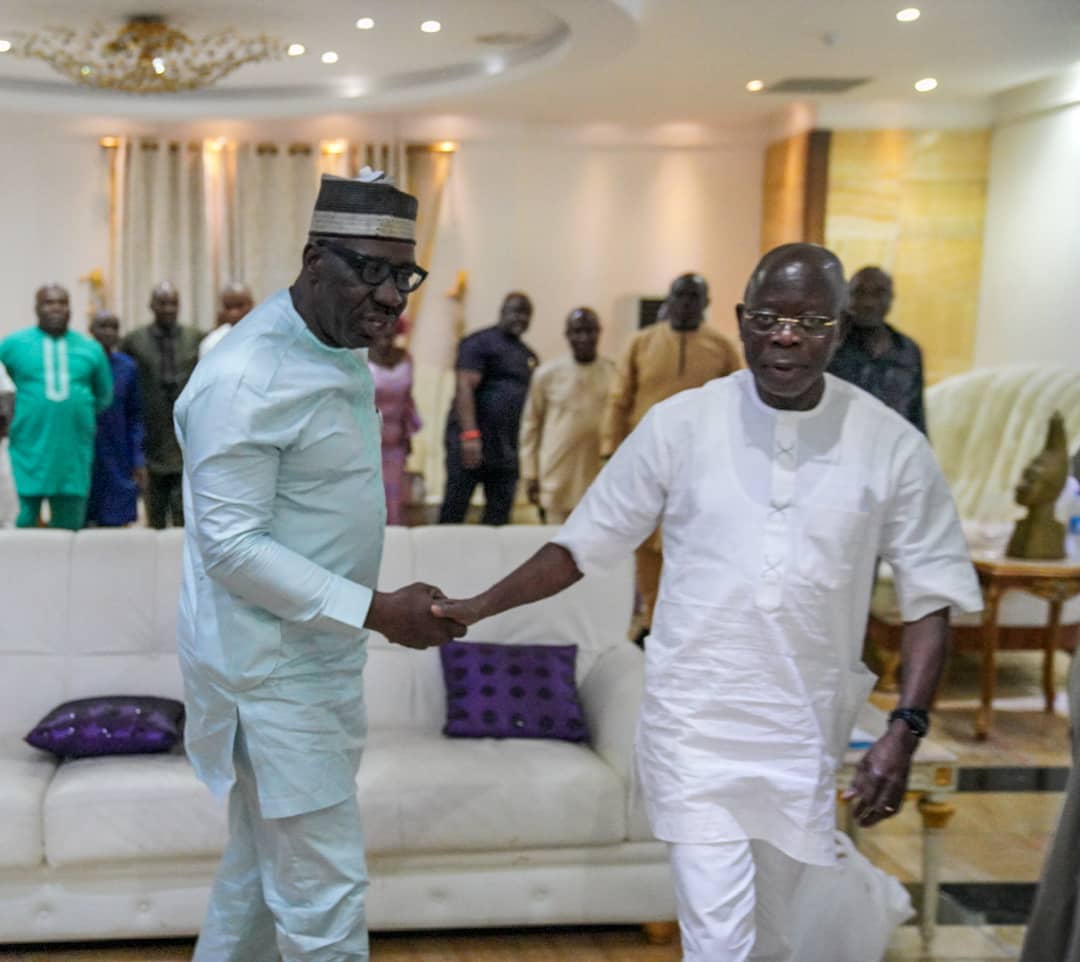 The governor of Edo State, Godwin Obaseki, Monday, paid a surprise visit to the national chairman of the All Progressives Congress, Adams Oshiomhole, in his hometown, Auchi.

Messrs. Obaseki and Oshiomhole have been locked in an intense political battle ahead of a crucial governorship election next year in Edo.

The Edo House of Assembly where the political battle is playing out, is yet to commence legislative business after the assembly was hurriedly inaugurated at night, shutting out Mr Oshiomhole’s loyalists from taking control of its leadership.

An official of the Edo government who accompanied Governor Obaseki to Auchi told PREMIUM TIMES that the visit to Mr Oshiomhole was an “unplanned thing”.

The governor was accompanied on the visit by members of the Edo State executive council.

The official who did not want his name mentioned because he was not authorised to speak on the matter, said the governor was attending a reception in honour of a former APC national chairman, John Odigie-Oyegun’s 80th birthday and then decided to use the opportunity to visit Mr Oshiomhole.

Mr Oshiomhole is in Edo because of the public holiday.

“The visit was just to honour him (Oshiomhole),” the official said.

Mr Oshiomhole’s mother, Aishetu Oshiomole, was said to be present when the governor called.

In his meeting with Mr Oshiomhole, which was said to be brief, Governor Obaseki expressed delight for the support his administration was getting from the Muslim community in the state.

The governor said he remained committed to transforming the state and empowering the people.

Mr Oshiomhole, in response, commended the governor for his leadership and advised him to be mindful of people who wanted to cause division in the state.

The APC national chairman advised the governor to remain prayerful and continue to work for the interest of the people.

It is unclear how the visit would impact on the political crisis in the state.