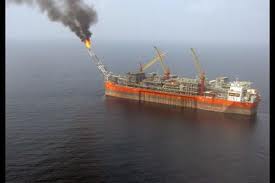 Fishermen operating in the coastal states along the Atlantic Shoreline have attributed the current fish scarcity to the recent oil spill from Bonga Oil Fields operated by Shell.

The fishermen said they were instructed by the National Oil Spills Detection and Response Agency (NOSDRA) to withdraw from fishing activities in the Atlantic Ocean due to oil pollution from the December 20, 2011 oil spill.

Samuel Ayadi, Akwa Ibom chapter Chairman of Artisan Fishermen Association of Nigeria (ARFAN), said in Eket, Akwa Ibom State, that fishermen in the state had complied with the directive.

Mr. Ayadi told the News Agency of Nigeria (NAN) on Monday that “the scarcity of fish being experienced by Nigerians is largely a result of the Bonga oil spill which is situated in the deep sea where we make big catches. Since December 22, 2011 none of our members has gone to sea and the supply of fish has dwindled.

“The fish you see in the market now are the ones caught before the spill and the stock held by middlemen. There is a decline on supply because of the directive and if the situation remains the same, then prices will go up further because middlemen will capitalise on the situation. This is because the spill has thrown more than 6,000 fishermen out of business within the past three weeks.

He explained that about eight neighbouring states depended on Akwa Ibom for their fish and other seafood supply from peasant traditional fishermen.

A survey by NAN at Ibeno fish market in Akwa Ibom showed that the prices of frozen fish and other sea food have also gone up.