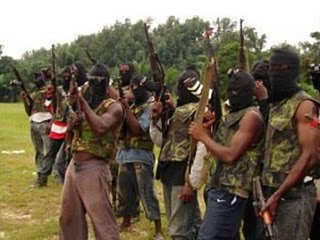 President Goodluck Jonathan today admitted that members of the extremist Boko Haram sect have succeeded in infiltrating his government, planting its  members in  government agencies and security outfits.

The president made the assertion during a church service at the National Ecumenical Centre as part of the annual Armed Forces remembrance day celebrations.

The deadly sect has become Nigeria’s biggest security challenge, operating in an amorphous manner and bombing innocent Nigerians at random, even in churches and mosques.

Government has so far been unable to contain the sect, halt its deadly activities and arrest what appears a slide to anarchy.

An obviously helpless Mr. Jonathan said he believed Boko Haram had sympathisers in government, national assembly and even security agencies.

He lamented that the Boko Haram threat was becoming worse than the Nigerian civil war in which over a million people were killed.

He described the Boko Haram sect as mysterious, saying some people in the North had told him it was  possible their children belong to the sect without them knowing about it.

“Some continue to dip their hands and eat with you and you won’t even know the person who will point a gun at you or plant a bomb behind your house,” Mr Jonathan added.

Meanwhile the spokesperson of the Joint Task Force in Borno State, Hassan Ifijeh,  informed Premium Times that gunmen suspected to be members of the Boko Haram sect sunday attacked a military convoy which led to an  exchange of fire in which three civilians were killed and seven persons injured. One of those injured is a soldier, Mr. Ifijeh said.

In the same vein, the Borno state Commissioner of Police, Simeon Midenda,  told journalists in Maiduguri that members of the sect  attacked a teashop on Saturday night in Biu town killed three people.

Making nonsense of the digital and banking divides