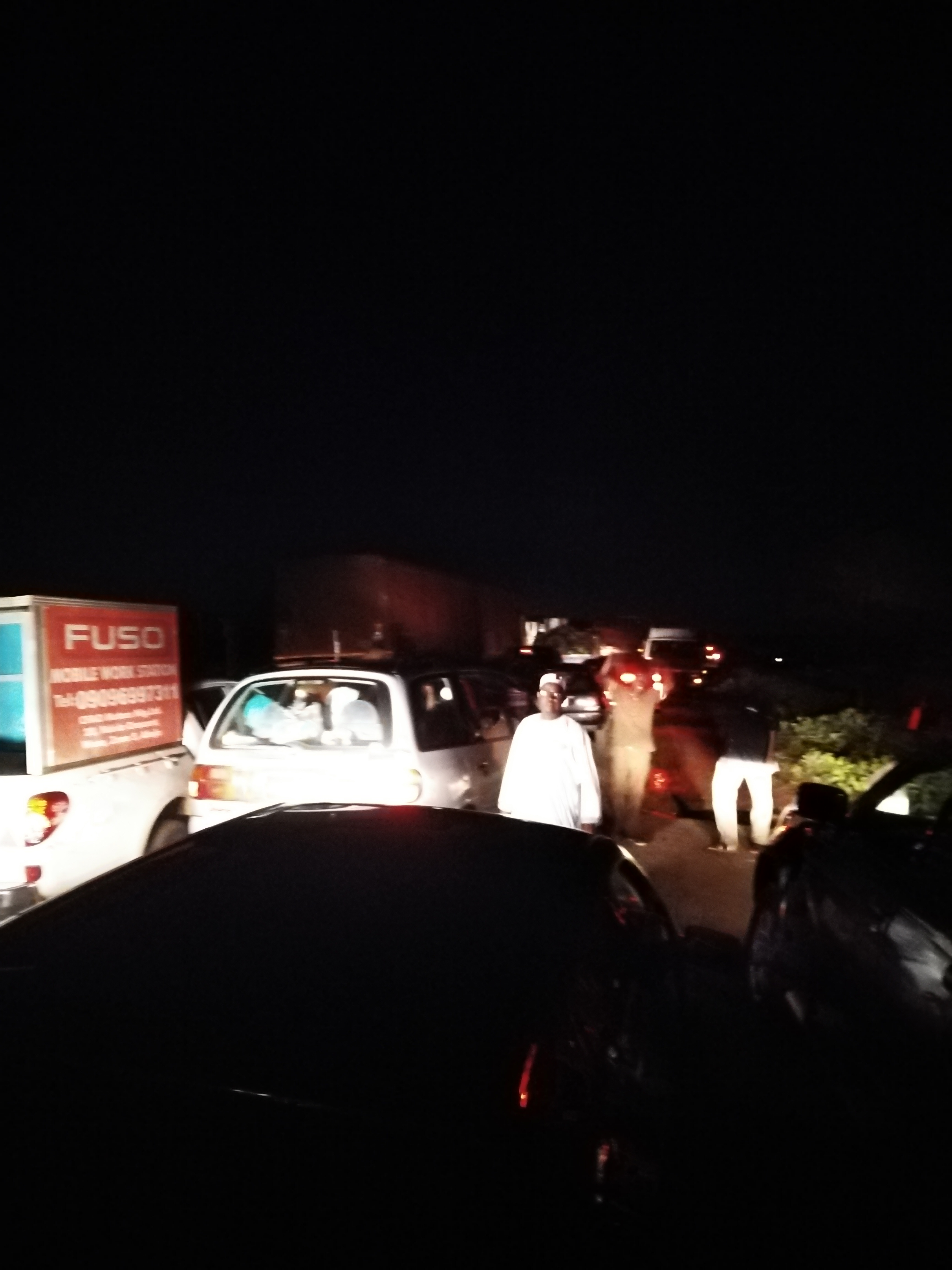 Irate youth at Azara and Jere communities along Kaduna-Abuja road blocked the highway on Friday evening over an alleged killing by security operatives.

According to one angry youth, Bello, the police at the Azara check-point killed one person and injured another resident ”for not giving them N50 bribe”.

PREMIUM TIMES could not independently confirm the death of the resident or the allegations.

The youth insisted that they will not leave the road until the police officers who committed the crime were arrested.

A PREMIUM TIMES reporter was caught in the gridlock which also hindered many motorists.

The reporter said he was held up for two hours in the gridlock.

“We were watching while other travellers resorted to prayers,” the reporter said.

A team of policemen later arrived the scene to disperse the crowd.

A policeman in the team said the crisis happened as a result of ”a misunderstanding between some policemen who mounted checkpoint on the road at Azara”.

“The youth insisted that government officials must come and hear them. We learnt that one of the residents was killed and one injured.”

It took the intervention of the village head of the community, religious leaders and policemen to calm the youth.

Movement of motorists was allowed at about 8.10 p.m.

Meanwhile, the leader of the joint military and police patrol team, who did not give his name, said the policemen will be brought to book.