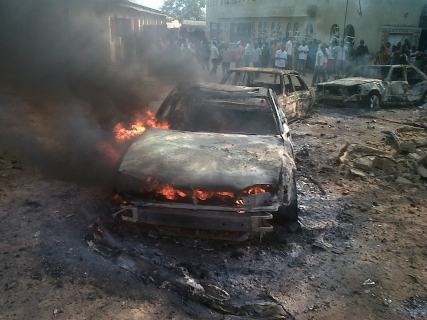 A picture from the site of the blast

There are indications that the bomb that that exploded at St Theresa Church, Mandala, in the outskirt of Abuja,  Bomb may have been detonated by a suicide bomber believed to have driven into the church before setting off the explosive.

Eyewitnesses told our reporter that more than 20 people may have died in the incident, with several others injured.

A  Premium Times  reporter at the scene saw five ambullances from the Army, FRSC, Civil defence and others conveying casualties to hospitals in the city centre.

A police helicopter is also seen hovering over the site.

There is palpable anger and fear on the faces of some residents and some of them who spoke to Premium Times said those responsible for the explosion is “stretching the patience of Nigerians  to the extreme”. 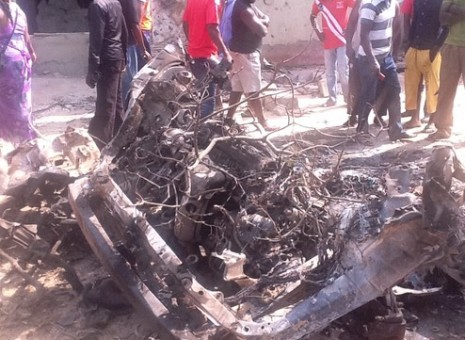 Most of those who spoke to us appreciate the prompt arrival of security agencies to the scene as well as the quick evacuation of casualties.

They however called on President Goodluck Jonathan to “sit up” on the problem of insecurity”.

The Niger State Police Command’s spokesperson, Richard Ogwuchi,said   official details of the incident would only be available in the next one hour.

Meanwhile, security agencies are  preventing journalists from gaining access to the explosion site.

Another explosion in Jos