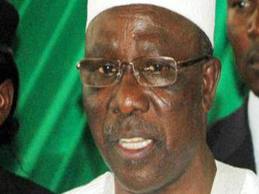 The Kaduna State Government has banned all hunters in the state from using guns due to the severe security challenges in the north-western state.

The ban is expected to check the incessant explosions that have rocked the state in recent times.

The Commissioner for Information, Saidu Adamu, made the announcement in the state capital on Friday.

Mr. Adamu said the decision was taken by the State Security Council as part of the strategies to secure lives and property. He said the state government had communicated the decision to the hunters association and the members had agreed to comply with the order.

The commissioner also warned the people against using fireworks, especially during the yuletide.

He said that the use of such explosives would aggravate the security situation, scare people as well as disrupt the peace. .

Mr. Adamu assured the people that the state government had beefed up security to protect lives and property. He insisted that the ban on the operation of motorcycles after 9 p.m. was still in force and should be obeyed.